FAYETTEVILLE (WTVD) -- A Fayetteville teacher who was pictured stomping on the American flag says he has received death threats and been compared to a pedophile since the photo went viral, but he stands by his decision to teach his students about the freedom of speech.

Francis says he was just trying to teach his Massey Hill Classical High School students about their First Amendment rights when he stomped on an American flag in his history class.

Student Alex Dunn snapped the picture, picked up the flag, and left Francis's class in protest.

"How could an American desecrate the flag?" Dunn asked.

A lot of people were outraged after seeing Dunn's photo.

"I think probably it's a terrible way to teach free speech," said Fayetteville resident Krissy Jones. "He definitely could have gone about it a more reasonable and thoughtful way."

Francis told ABC11 he's not intimidated by death threats from the community and the rest of the country. He wants to get back in the classroom, and he does not apologize for what he did.

Francis said he was surprised at the public's reaction to his lesson. He is currently suspended and says it will be unfortunate if he is fired.

Francis will learn his fate from school officials Thursday. 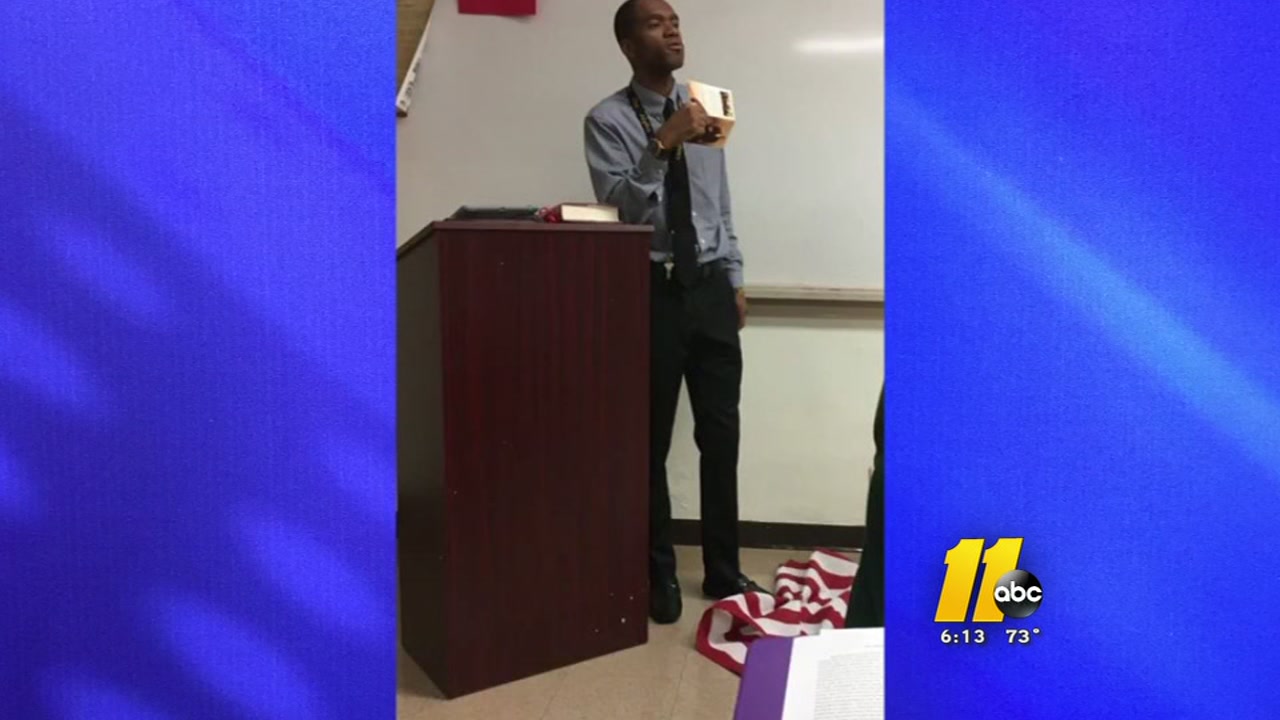