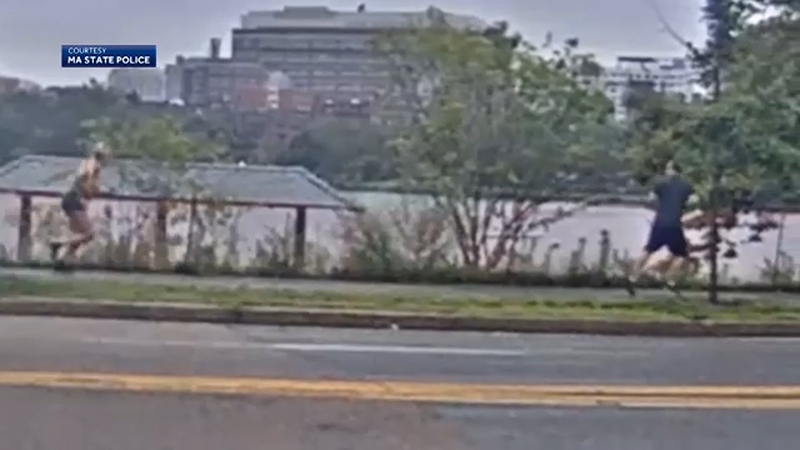 CAMBRIDGE, Massachusetts -- A mother, who is also a former Israeli military member, out for a run in Massachusetts decided to go after a man that allegedly flashed her and it was all caught on video.

She turned around and chased after the man last Thursday morning in Cambridge.

She caught up to the suspect and confronted him, even grabbing his wrists.

She held him down for three to five minutes while asking passersby to help.

She told WCVB-TV the suspect was "really, really scared."

The woman said despite her calls for help, people ignored her. So she reached for her phone to call 911, but the suspect was able to get away.

Police said she put "the fear of God" in the man, but would've preferred she did not tackle the alleged flasher.

However, the former member of the military said she doesn't put up with much.

"It was not his lucky day because I decided it's just not going to happen and I decided to chase him down," the woman said. "I'm 6'1. I'm pretty fit. It's not a very good victim to go after."

Massachusetts State Police are still searching for the suspect and advise people to call 911 instead of going after a suspect.

The woman said she spoke out to make sure others were aware and to help catch the suspect.