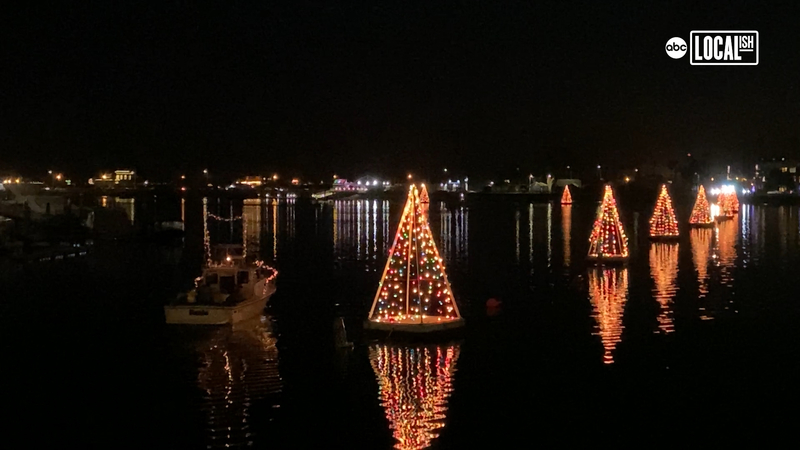 Tradition continues with floating Christmas trees in the bay

LONG BEACH -- A unique holiday tradition continues with the lighting of the floating Christmas trees in the bay.

The Parks Department stages the exhibit every year.

"We transport them from our storage yard and then we actually put the trees together, string the lights on them, replace anything that has been damaged," Woodson said. "We light the trees up Thanksgiving,"

Woodson said there are 67 trees placed throughout Long Beach, from Alamitos Bay to Rainbow Harbor. The trees are roughly 18 feet tall and each tree has approximately 300 lights.

Trinka Rowsell, Executive Director of Long Beach Partners of Parks said the holiday tradition was started by restaurant owner Don May in 1949."He basically wanted to spread Christmas cheer and floated a live Christmas tree in the bay," Rowsell said. "A few years later, it was replaced by a tree replica."

The nonprofit organization helps support the city's Parks, Recreation and Marine Department and its programs, including Trees in the Bay.

"This is one of the programs that's costly to run," Rowsell said. "Our role is to help offset and to fill in the gaps where Parks doesn't have the funding."

Long Beach Partners of Parks is fundraising for the annual event. For more information, CLICK HERE.