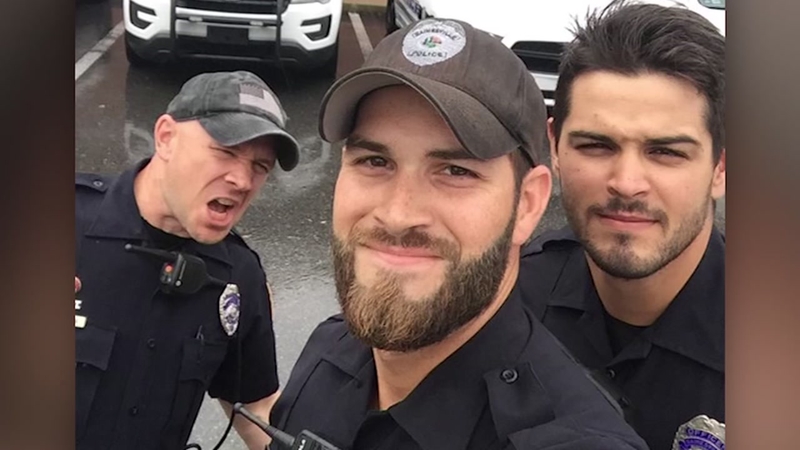 GAINESVILLE, Florida -- The Florida officer who went viral for his good looks is now facing some trouble.

Hamill reportedly posted offensive comments back in 2011 and 2013. His Facebook post may have been deleted, but screenshots of it are now making rounds on social media.

We must warn you, some of the comments he allegedly wrote are disturbing.

According to gainesville.com, the 2013 post read: "Who knew that reading jewish jokes before I go to bed would not only make me feel better about myself but also help me to sleep better as well. Here is one for everybody, "What's the difference between boy scouts and jews?" Anybody know? Well it is because "Boy scouts come back from their camps."

In another screenshot from 2011, Hamill allegedly wrote: "So I find it funny that people will talk about how our government needs to do something about our economy and in reality it's you who needs to stop taking advantage of our system and get a life and do something with your life. Gotta love reality when it hits you in the face. Stupid people annoy me. Put them in an oven and deal with them the Hitler way. Haha."