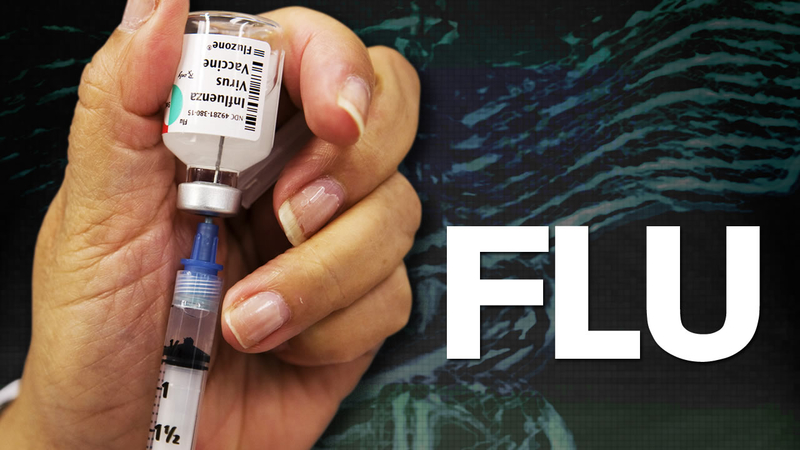 RALEIGH (WTVD) -- The latest flu numbers were released Thursday, and last week North Carolina saw another death as a result of influenza. According to the North Carolina Weekly Influenza Surveillance Summary, the person -- an adult -- died last week.

That brings the total number of flu deaths here to five since October, and the season is just getting started.

Typically patients with the flu don't start filling up emergency rooms till January and February, but doctors here in the Triangle say they're already starting to see cases in their ERs.

"We started seeing flu, positive swabs, in the last couple of weeks. I had three in one day last week, which was a big spike for us," explained REX Emergency Room Physician Dr. Michael Azrak.

And, he said he expects it will get much worse before it gets better, especially with increased exposure during the holiday season. So what can you do to protect yourself?

"The best thing you can do is avoid people who look like they have the flu, wash your hands, and the best thing is to get a flu shot to keep you from getting the flu," said Dr. Azrak.

However, this year's predominant strain, H3N2 is not only a particularly nasty strain, it also wasn't included in this year's vaccine. Still, doctors say the shot can help.

"You definitely get some protection, it would be a truncated version of what you get if you didn't get the shot," Dr. Azrak explained.

In an effort to control the spread of the flu virus, Cape Fear Valley Medical Center in Fayetteville has restricted children 12 and under from the hospital, and limited the number of patient visitors in ERs at its medical facilities in Cumberland, Bladen and Harnett Counties.

"We saw a spike beginning last month, and already this month is half over and we are seeing twice as many as last month," Conway said.

Conway says the Cape Fear Valley Heath Systems restrictions will remain in place until they see a drop in the number of active flu cases.

Flu symptoms can include a fever of 100 degrees or higher, a cough and/or sore throat, runny or stuffy nose, headaches and/or body aches, chills, fatigue, nausea, vomiting, and/or diarrhea.

ER doctors especially want to remind patients, you don't have to come to the hospital unless your symptoms are truly severe or you're a high-risk patient who is very young, elderly, or has an already compromised immune system.

If you don't fall into one of these groups you can go to your primary care doctor or an urgent care clinic, instead. And, if you do get the flu, ask your doctor about an anti-viral medication such as Tamiflu. That can make your illness milder and make you feel better faster. But, you have to start taking that within 48 hours of getting sick. Doctors also advise taking Tylenol to bring down a fever, getting plenty of rest, and drinking lots of fluids. The flu itself can last 7-10 days.