Flu cases nearly quadruple at WakeMed since Thanksgiving, but there is good news 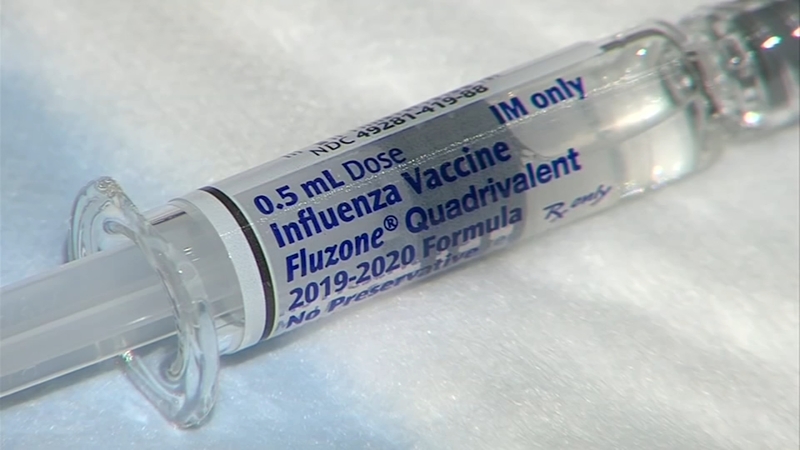 RALEIGH, N.C. (WTVD) -- The flu is to blame for another death in North Carolina and it comes as medical professionals are seeing a sharp rise in cases.

WakeMed Hospital is reporting that cases have nearly quadrupled since Thanksgiving.

The CDC said within the last couple of days, one of the three main groups of viruses floating around this flu season is H1N1.

The strain is also known as Swine Flu and it did a real number on people in 2009.

WakeMed Infections Prevention Specialist Jessica Dixon said the strain doesn't have the effect on the population like it did a decade ago.

"We say H1N1 and we go 'Oh my gosh, it's terrible.' H1N1 is just another seasonal flu strain now. It is not at all uncommon and it's been one of the predominant strains actually," she said.

"There are definitely close matches, maybe not exact matches," she said.

Many people will be traveling in planes, trains, and automobiles during the next few weeks for the holiday season and should take steps to be well.

"Wash your hands. That's my No. 1 tip for everything," Dixon said.

She said that even if you go to a restroom that runs out of soap, handwashing still helps.

"Friction rubs out germs. Soap helps, but even if you don't have soap available put your hands under the water, rub them together. Try to physically remove those germs from your hands," Dixon explained.