Getting a flu vaccine this year is critical 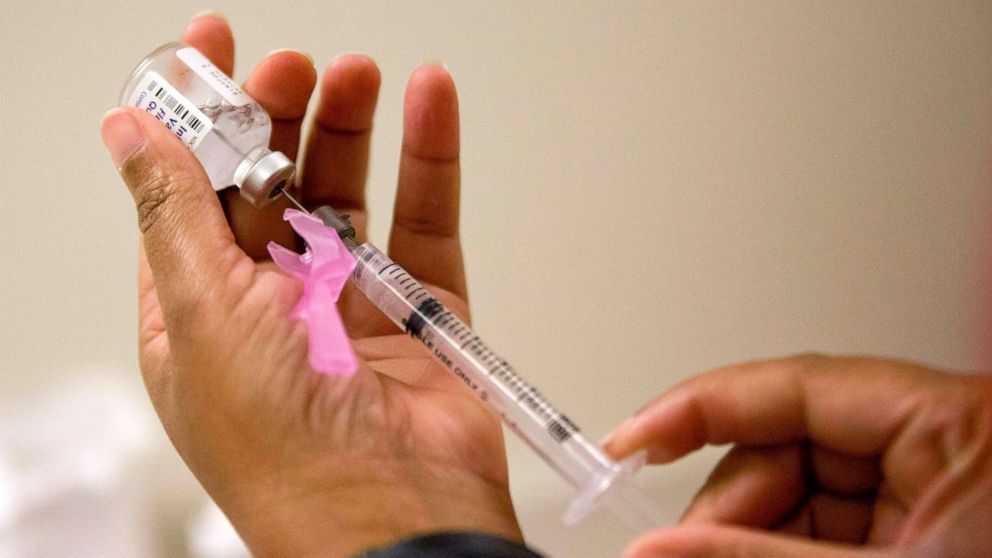 With flu season around the corner, top health officials doubled down on the importance of getting a flu vaccine.

"Flu is unpredictable but we can predict that it will arrive," Dr. Bill Schaffner, medical director of the National Foundation for Infectious Diseases (NFID), said at a news conference Thursday.

Schaffner stressed that all Americans older than six months of age get vaccinated annually against the disease, including this year. For vulnerable populations like pregnant women, young children, older adults and people with chronic health conditions, getting vaccinated is especially critical.

While many Americans brush off the disease because it's so common, contracting the flu can be serious. Nearly 80,000 Americans died and 960,000 were hospitalized due to the flu during the 2017-2018 flu season, according to the Centers for Disease Control and Prevention.

Unless we prioritize vaccination, "vaccine preventable diseases will persist in the United States," Schaffner continued.

Indeed, the World Health Organization listed both a global flu pandemic and vaccine hesitancy among the top 10 threats to global health in 2019.

Schaffner cited a survey the NFID conducted this summer on Americans' attitudes about the flu vaccine, which found that while 60% of adults believe that getting a flu vaccine is the best defense against flu-related hospitalization or death, only half of Americans plan to get the vaccine this year.

Regardless of that higher rate, there were still 135 pediatric deaths related to the flu last season, Dr. Patricia Whitley-Williams, NFID's president elect, said at the news conference.

"Sixty-three percent is not acceptable," said Whitley-Williams, who is a pediatrician. "We can do better."

While the flu vaccine certainly isn't perfect -- last year for example, it was more effective against the flu at the beginning of flu season than it was against April's flu strains -- Schaffner emphasized the importance of partial protection.

Even if you get the flu after having received the vaccine, you still benefit from having a less severe and shorter illness, he explained. You're also less likely "to have complications like pneumonia, hospitalization and dying," Schaffner said.

The public health experts also wanted to lead by example. After the conference wrapped, Alex Azar, secretary of health and human services, and Mark May, a former Washington Redskins received flu vaccines onsite.