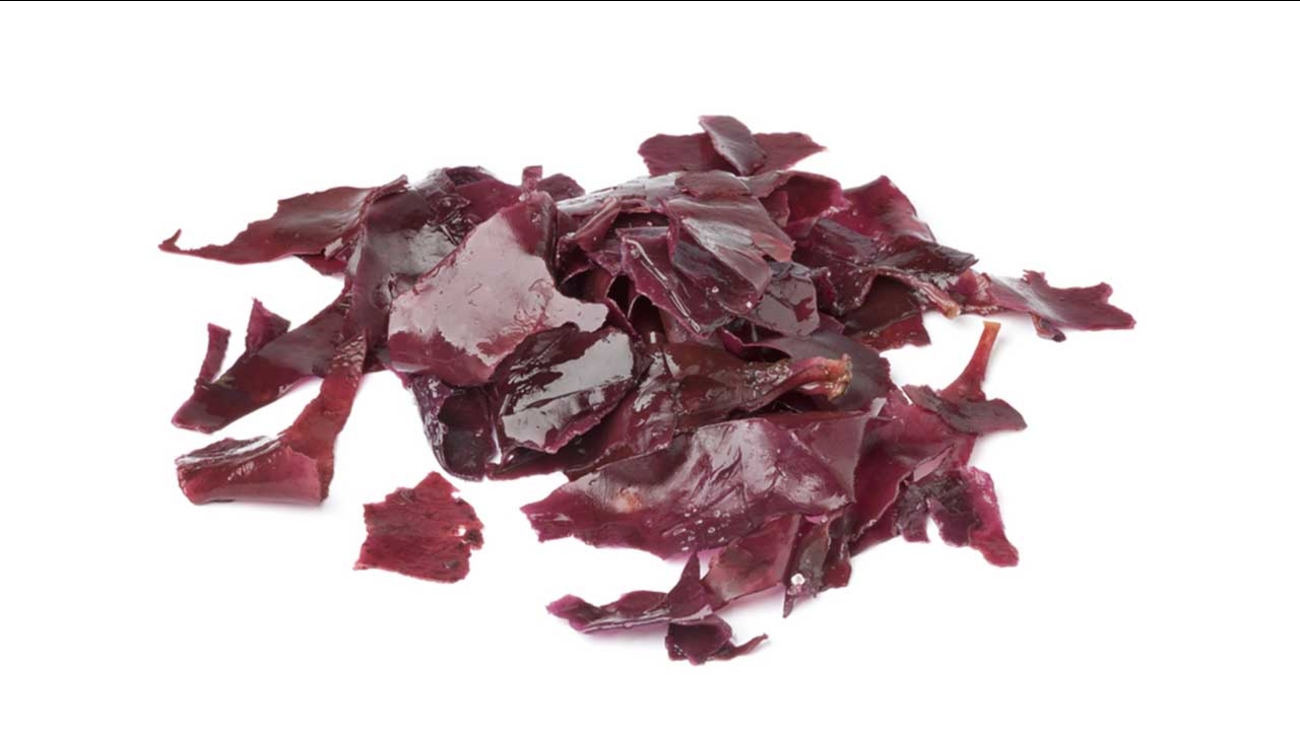 Scientists say that dulse, a type of seaweed, has twice the nutritional of kale and tastes like bacon. (Shutterstock)

This seaweed has twice the nutritional value of kale and tastes just like bacon, scientists say. And now they're on a mission to help the sea vegetable known as dulse dethrone kale as the trendy superfood.

Dulse has been around for a long time, but it could finally be on its way to mass production in the United States. Chuck Toombs, a professor in the College of Business at Oregon State University, is working with scientists at the university who harvest their own variety. He wants to give dulse a marketing makeover, hoping it catches on as a trendy, nutritional food.

"Dulse is a super food, with twice the nutritional value of kale," Toombs said in a press release. "And OSU has developed a variety that can be farmed, with the potential for a new industry on the Oregon coast."

A red algae found along the Pacific and Atlantic coastlines, dulse is packed with minerals, vitamins and antioxidants, the university reports. On top of that, it contains up to 16 percent protein in dry weight, said Chris Langdon, a professor in the Department of Fisheries and Wildlife at OSU. It can be grown rapidly with only saltwater and sunshine, Langdon said.

And it helps, of course, that it tastes like bacon.

"Pan-fried ... dulse can be light and crispy with a savory saltiness, like bacon," said Jason Ball, a research chef at OSU who is working on the project.

They're also looking to integrate it into veggie burgers, trail mix and even beer.

There is not yet a commercial operation for dulse in the United States, Langdon said, though a different, harvested strain is available in health stores for a hefty price. The team hopes their project will help it become available for mass consumption.

"We think it's the most productive protein source on Earth," Toombs said. "I think the public is ready to have something that's good tasting and good for you."
Related topics:
food & drinkdistractionbuzzworthytrendingnutritionwatercooleru.s. & worldscience
Copyright © 2020 WTVD-TV. All Rights Reserved.
DISTRACTION