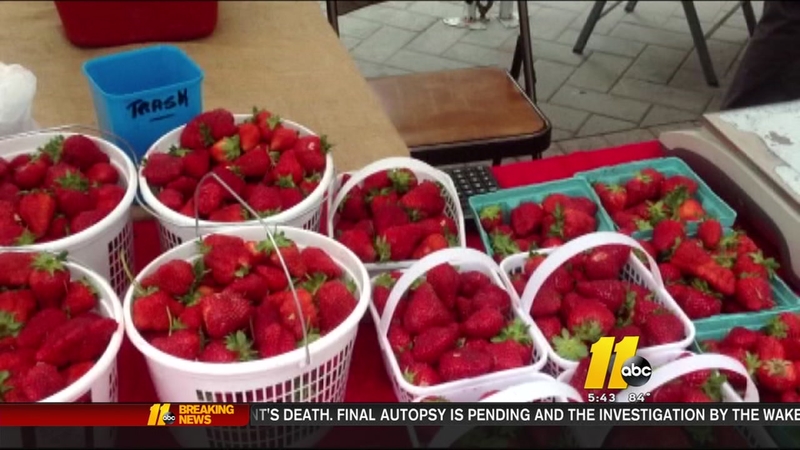 RALEIGH (WTVD) -- Though downtown Raleigh doesn't have any grocery stores yet, the Pharmacy Market on Glenwood South is helping to fill some of that need.

It's an express market nestled right in the heart of Glenwood South.

Fresh vegetables, local meat, butter - now you can get everything you need to prepare dinner in a pinch, at prices you might expect to find at a chain grocery store.

For the thousands of people who live downtown, it's the closest place to stock up on fresh foods, for those times you don't want to drive to Cameron Village and the closest grocery store. Even better, the Pharmacy Market is open later than you might expect.

Craft beer and wine are set to hit the shelves soon, and more fresh fruits and veggies are coming. The store plans to source those straight from local farmers.

Pharmacy Market is located on 401 Glenwood Ave. in south Raleigh on the first floor of the Gramercy Apartments.

People who live in the area said it's a big relief.

"We usually go to the Harris Teeter off of Oberlin Road and Cameron Village ... it's not far, but it's not walking distance either," said Michael Fernald, a downtown Raleigh resident.

"I really like the idea of being able to walk to the grocery store; it's nice that there's something that's close enough that if it's late," downtown resident Brooke Alhanti said.

Scott Phillippi said he lives two blocks away from the new market and doesn't have a car, so before he would have to rely on what his backpack and bicycle basket could hold if he wanted to pick up groceries.

"If I want to get a bunch of stuff from Cameron Village, I have to walk it back," Phillippi said. "I can't put it on the bike or take an Uber, which is one extra cost, you know.

"It's nice, I can tell they're still working on some stuff, like for sure, so I'm really interested to see what it's going to be, but I mean they have like Firsthand Foods beef, which is pretty rad, like carrying local meats and chicken from the Durham co-op so that's pretty nice to see as well," he added.

The market portion of the store is open until midnight every night so folks living downtown can shop late.

Pharmacy Market is located on 401 Glenwood Ave. in south Raleigh on the first floor of the Gramercy Apartments.