Museum of Ice Cream set to open in downtown LA

DOWNTOWN LOS ANGELES -- Ice cream fans can soon visit perhaps one of the tastiest museum exhibits in the world as the Museum of Ice Cream prepares to open its doors in downtown Los Angeles.

Orange County native Maryellis Bunn came up with the idea for a pop-up Museum of Ice Cream and opened one last summer in New York City. The exhibit sold out within five days and attracted a waiting list of more than 200,000, according to the museum.

Now she's moved it to a warehouse in the Arts District.

"It's not a museum in any traditional sense," Bunn explained. "I want adults to feel like kids. I want kids to come in and feel like children and it's just fun."

I scream, you scream, we all scream for the Museum of Ice Cream in downtown Los Angeles.

All the rooms have things you can eat or smell. There's even a room full of bananas which is just a short walk from the swimming pool full of sprinkles.

"The sprinkle pool is filled with 100 million sprinkles," Bunn said.

While there's ice cream on walls, faces, and even a shoe, there's also plenty of ice cream to eat.

The Museum of Ice Cream will be in the Southland from Saturday until May 29.

The exhibit will be open from 11 a.m. to 10 p.m. Wednesday through Monday.

Tickets are $29 per person - $18 for children and seniors - and include two curated ice cream tastings and edible treats. 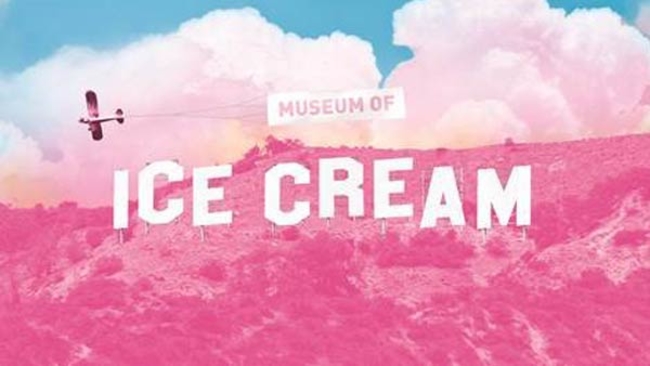