Woman accused of putting needles in strawberries in Australia 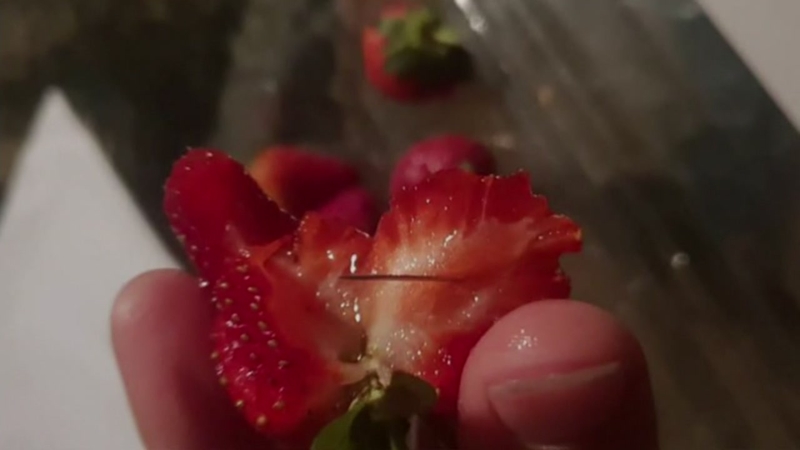 Woman accused of putting needles in strawberries across Australia

SYDNEY -- A former strawberry farm supervisor was formally accused of retaliating over a workplace grievance by putting needles into strawberries, sparking recalls that devastated the Australian industry.

Prosecutors said My Ut Trinh, 50, was "motivated by spite or revenge" when she put more than 200 needles in strawberries across Australia. The first needles were found in September in Queensland; they later spread to six Australian states and into New Zealand.

The scare forced farmers to dump tons of berries, threatening the $115 million industry, and supermarkets pulled the fruit off shelves.

Trinh was working as a supervisor of fruit pickers at the Berrylicious strawberry farm near Caboolture, north of Brisbane, when she allegedly inserted needles into the fruit between Sept. 2 and 5, the court was told.

Prosecutors said they would show evidence at trial that DNA matching Trinh's was found on one of the needles discovered in a strawberry.

Trinh was not given bail. She will remain in custody until at least her next court hearing on Nov. 22.