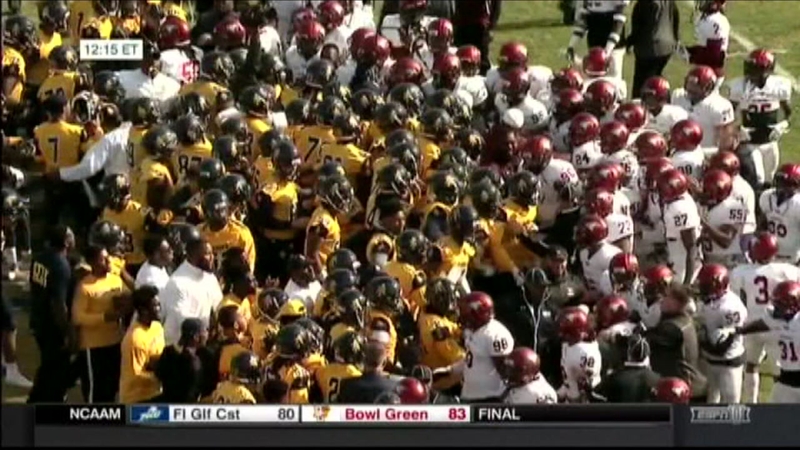 DURHAM, N.C. (WTVD) -- For sheer enmity, the N.C. Central and North Carolina A&T rivalry stacks up against most anyone.

When the Eagles and Aggies get together, it usually gets heated. That figures to be the case this Saturday in Durham as Central hosts A&T in their regular season finale.

There is no title at stake for NCCU, but they can play wrecking ball with the Aggies MEAC Championship hopes.

Before most rivalry games, coaches and players go out of their way to avoid inflammatory statements or anything that can be used against them in the opposing locker room.

But for A&T, it was a different story. Offensive lineman Maquel Hardy told the media on Tuesday that N.C. Central is "dirty" and that the Aggies challenge was to "not stoop down to their level."

A&T head coach Sam Washington was a little more diplomatic, acknowledging that the rivalry can get "very bitter."