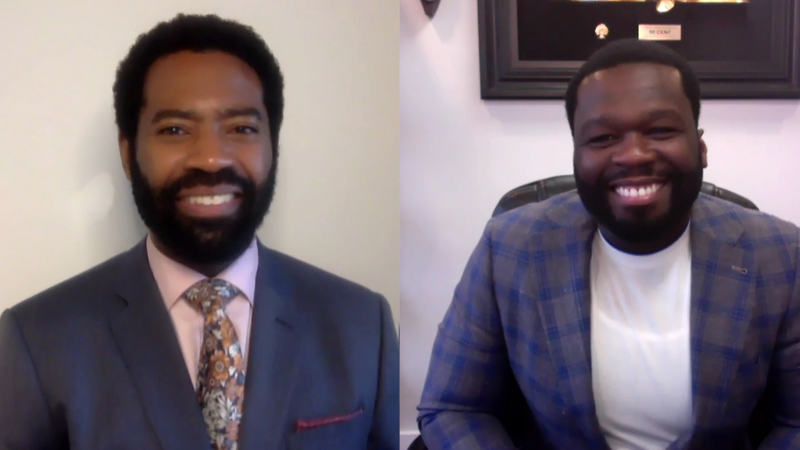 Aaron Wallace's fight for justice continues in season 2 of "For Life." While the first season ended with a cliffhanger of whether Aaron would be released from prison, the season 2 promo shows Aaron as a free man, who must combat the trauma nine years behind bars has left him with.

"He was on the border of becoming institutionalized. There are certain things, certain hangovers he's taken back into the outside world, which is what a lot of ex-prisoners do," Nicholas Pinnock, who plays the wrongfully convicted prisoner-turned-lawyer, said.

ABC renewed the drama, inspired by the life of Isaac Wright Jr., in June. While the show's original mission was to shed a light on the flaws within the judicial system, the writers have incorporated the immense social unrest the country experienced over the last several months.

"It's just all across the board social injustice, different things that are happening out there," Curtis "50 Cent" Jackson, an executive producer and guest actor on the show, told On The Red Carpet.

Pinnock also added that audiences will connect with Aaron's drive to tackle these social injustice issues, especially given the events of the last year.

"We address those things in different ways throughout the show, but without going so far that the show becomes so informative that it's educational instead of entertaining," Jackson said.

During its sophomore season, "For Life" will be tackling the COVID-19 pandemic and the resurgence of the Black Lives Matter protests.

"We're just looking at those episodes now and they are touching the cast and crew in a very deep way," Pinnock said.

"We're not pulling any punches. We're not candy-coating anything. We're gonna try and be as authentic to -- and respectful to -- what everyone has been through over the summer," Pinnock continued.