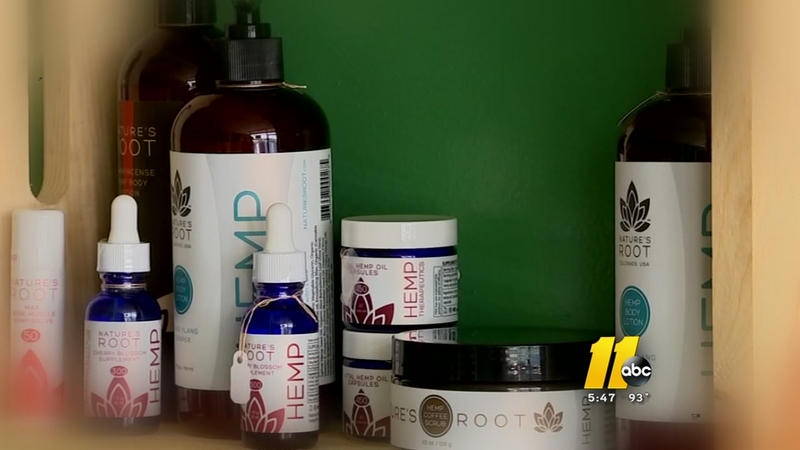 According to an updated directive shared with ABC11, the Army has confirmed more than 60 patients were treated in the emergency room from the apparent effects of vaping CBD oil. The directive, moreover, is labeled ALARACT, which means it applies to all army activities.

"This is not normal what we've seen," Lt. Col. Julie Lee, Chief of Nursing at Fort Bragg's Public Health Department, asserted to ABC11. "Somethings were seizures, loss of consciousness, and being real agitated and not knowing why they're so agitated."

The Army has now banned all CBD oil products, as well as any hemp, which comes from the same plant family as marijuana. Hemp, however, lacks the tetrahydrocannabinol (THC) that makes people high and makes marijuana illegal in most of the country. The updated policy also warns that consuming hemp products is a "public health issue" and "has the potential to spread quickly throughout the Army" because of its availability.

"People are experimenting and finding out they could do this and it's OK because you can get it online or in the store," Lt. Col. Lee added. "Sometimes when you go to a tobacco store or a vape shop, they'll show you hey this is the liquid some people like this and it works for them, and people try it, but because it's not regulated no one really knows what's inside of that liquid or that vapor."

Still, while legal hemp products are legal they are nonetheless unregulated, essentially allowing anyone to market products as CBD Oil even if the oil contains other elements

Sara Buchanan owns and operates a new hemp store in Raleigh called Forever Hemp. She promises all of her products are pure, but acknowledges the potential dangers of an unregulated industry.

"There's always going to be the black market," Buchanan lamented to ABC11. "I would just say if you're gonna get it, get it from someone that's getting it from a reputable distributor or manufacturer. Somebody that's obviously licensed and legal with the state so that you're not getting something that could potentially have something that's harmful for you. We'll continue to educate ourselves as more research is done on it "

The Food and Drug Administration is testing a prescription CBD Oil, and countless universities and pharmaceutical companies continue to study hemp products and their effectiveness.

For the Army, though, military officials told the I-Team they cannot afford to wait to learn which vendors are reputable and which products are safer than others.

"It's a big public health issue for soldiers because one of our main focuses is readiness," Lt. Col. Lee said. "We have to be ready for the mission. Things are changing in the world and sometimes we deploy and we have to be ready for deployment and ready to go over and do things that are needed to protect the country."

Tom McCollum, an Army spokesperson, added that as many as 15,000 soldiers at Fort Bragg must be ready to deploy within 18 hours.

"Medical leave is one thing because medical leave is when you realize this guy needs some medical treatment," McCollum explained to ABC11, reiterating the concerns of CBD Oil's unpredictability. "This is not medical leave. This is this guy all of a sudden is in the emergency room. When it's something happening inside the body, especially with the brain, you don't know what's going on and all of a sudden you have to take him out of the unit."
Report a correction or typo
Related topics:
health & fitnessfort bragghealthiteamarmy
Copyright © 2022 WTVD-TV. All Rights Reserved.
ITEAM
Contact tracers' role changes as pandemic reaches new heights
Number of officer-involved shootings decreased in 2021
Trial over NC voting maps begins Monday
Local governments facing increase in staff vacancies
TOP STORIES
Supersonic jet startup Boom to open factory in NC
Driver ticketed for crashing into Chapel Hill playground
Kathryn Kates, 'Orange is the New Black' actress, dead at 73
Supreme Court Justice Stephen Breyer to retire
Snow possible this weekend but major impacts not expected
Fayetteville mother, daughter missing since 2016 found safe
LATEST: Wake County reduces COVID-19 testing hours
Show More
1 dead, 38 missing after boat capsizes near Florida; 1 survivor found
California redwood forest returned to Native American tribes
Biden administration officially withdraws vaccine rule
Fed plans to raise rates as soon as March to cool inflation
North Carolina Zoo closes aviary after report of bird flu
More TOP STORIES News