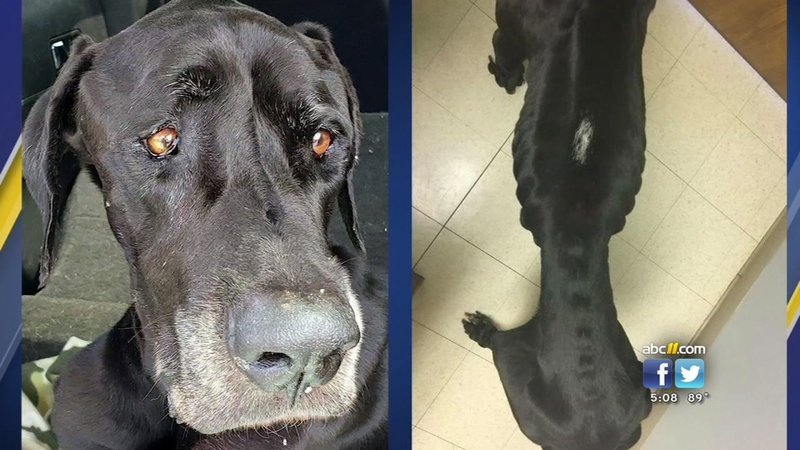 HOKE COUNTY, N.C. (WTVD) -- A Fort Bragg soldier has been arrested after deputies said he neglected to feed a child and two dogs who were in his care.

In August, deputies with the Hoke County Sheriff's Office were called to the 100 block of Cavalier Drive after reports of an animal cruelty call.

Upon arrival, they found one dog was dead and another has been deprived of food.

The dog that survived, Duke, passed away on Wednesday. He was 5 years old and weighed just 91 pounds when he was brought in. That's 75 pounds underweight for his age. The rescue shelter still needs help paying his vet bills. (A GoFundMe has been set up to help).

Duke was hospitalized after being rescued

Last week, 32-year-old Benjamin James Neuman was taken into custody in connection with the malnourished dogs.

Further investigation after his arrest revealed that a child in the home was also not fed properly and was being kept in "extremely unsanitary conditions."

The child is now in custody of the Hoke County Department of Social Services.

Neuman was charged with child abuse, contributing to the delinquency of a minor, cruelty to animals, and kill an animal by starvation.

He was booked into the Hoke County Detention Center under a $5,000 secured bond and later turned over to the Fort Bragg Provost Marshal.