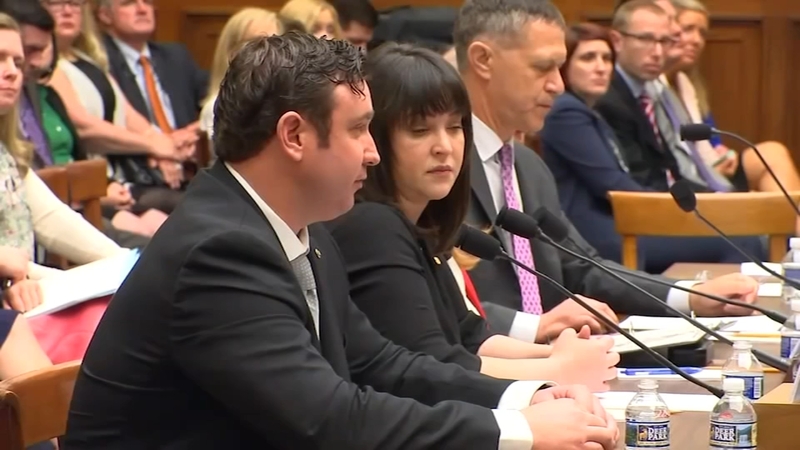 On Tuesday, a bill named after Stayskal was introduced in the Senate that would allow service members to sue the government for military medical malpractice. It's called The SFC Richard Stayskal Military Medical Accountability Act of 2019. This bipartisan proposed companion bill includes provisions to the Feres Doctrine, a nearly 70-year-old legal rule that prevents active-duty soldiers from suing for medical malpractice. Stayskal's attorney Natalie Khawam added, "We want to thank all those who support our Troops and sponsored our bill. Richard and I will continue to fight for the rights of our men and women who bravely served our country."

In December, we first told Stayskal's fight to change the Feres Doctrine. The Purple Heart recipient is stationed at Fort Bragg and lives in Pinehurst with his wife, Megan, and two daughters. He has stage four lung cancer.

We were with Stayskal as he took his fight to lawmakers in Washington. They listened and proposed The Sergeant First Class Richard Stayskal Military Medical Accountability Act of 2019. Provisions of that act are now included in the House's defense bill that passed in July.

It's not known when Stayskal will be back in DC to continue his fight. Khawam tells us Stayskal cancer spread to his neck and he will be undergoing surgery and treatment over the next few weeks.
Report a correction or typo
Copyright © 2022 WTVD-TV. All Rights Reserved.
TOP STORIES
Winter storm impacts reduced, shifted east
Voting bill collapses, Democrats unable to change filibuster
'We can't get any more': Stores struggle to restock shelves
Suspect captured in killing of woman, 24, working at furniture store
Third arrest made in Black Friday shooting at Streets at Southpoint
Daniel Turcios shot 5 times after crash on I-440, RPD reports
NC legislature votes to further delay primaries until June 7
Show More
'He was special': Durham friends remember Andre Leon Talley
Cumberland County mom spins way to $500,000 lottery prize
Victim in fatal I-85 crash was just 3 months old
19-year-old military driver charged in wreck that left 2 Marines dead
Earnhardt Jr. to be inducted into NASCAR Hall of Fame
More TOP STORIES News