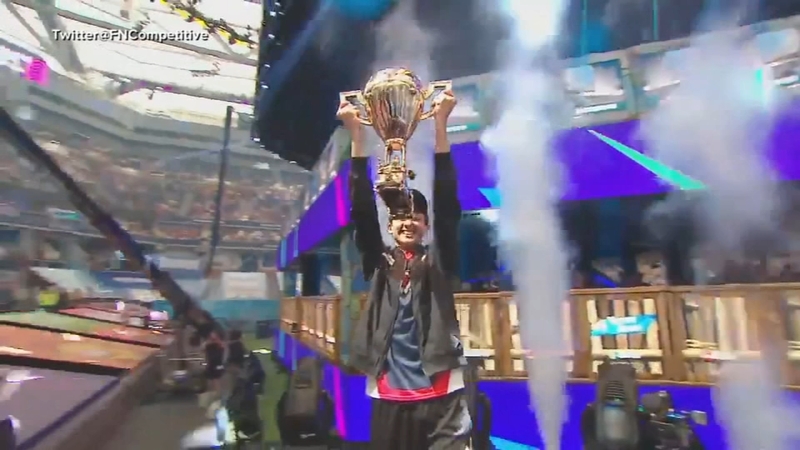 NEW YORK -- A 16-year-old is now a millionaire after he won the first Fortnite World Cup.

Kyle "Bugha" Giersdorf went home to Pennsylvania with a $3 million prize for winning the solo competition.

The winners of the duo competition, a Norwegian-Austrian pair, also took home $3 million.

For comparison, the tennis players who win the U.S. Open at the same venue in a few weeks will get $3.85 million.

Fortnite has taken the world by storm since being released in 2017, currently boasting about 250 million registered users.

The World Cup final took place at the Arthur Ashe Stadium in New York. Thousands of fans were in attendance and more than a million were watching via streaming services.

Bugha's phone and social media accounts have been compromised. We are aware of the situation and are working to regain control.