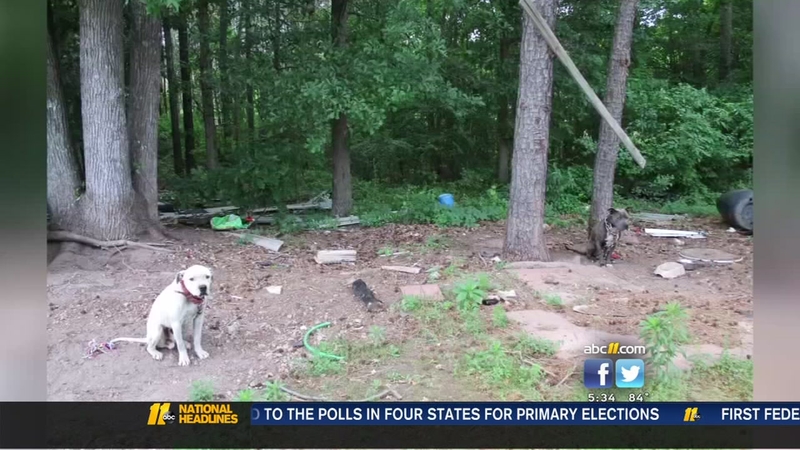 Sheriff Kent Winstead said they received a complaint Monday night from a concerned resident about two pit bulls they believed to be abandoned along Cleghorn's Two Drive.

Animal Control officials went to the property, where they found two pit bulls chained, with little water and no food nearby. Authorities noted the home appeared to be without electricity, and the grass had not been cut in a while.

With temperatures warming up and storms expected this week, Sheriff Winstead was thankful for the resident who alerted them.

"I'm sure the dogs would have been very stressed out or in danger of their lives if we hadn't gotten that tip. We're very appreciative of this person calling and letting us know, and filing that report so we can take care of the problem before it escalated," Winstead said.

The dogs have been taken to Franklin County Animal Services to be evaluated, and will remain there as authorities continue to investigate.

A veterinarian will tend to any health problems.