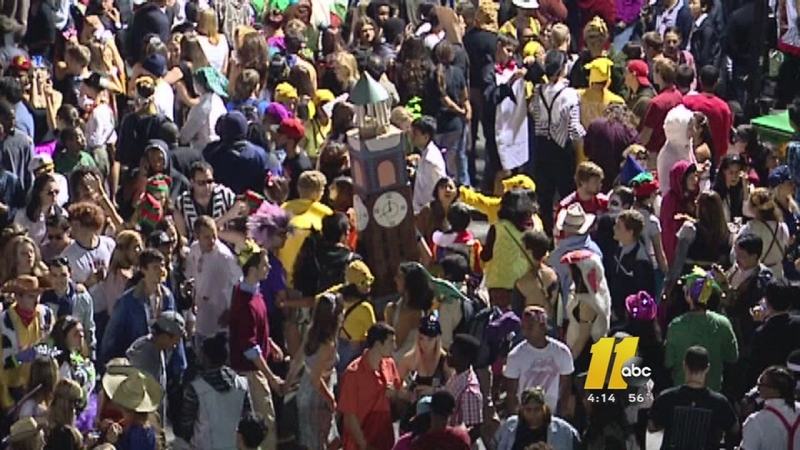 The training comes after two Chapel Hill bars were cited for serving an underage UNC student, Chandler Kania, accused of killing three in a fatal accident.

The Town of Chapel Hill is preparing for the annual massive Halloween celebration that draws crowds in by the thousands.

"It brings a lot of families and lots of people who want to come and people watch and see the costumes," Chapel Hill Police Chief Chris Blue, said.

"Data the last few years shows us that alcohol is a really big part of that event as well," he said. "Last year we had 79 or 80 alcohol related calls, including 29 people who went to the hospital as a direct result of consuming too much alcohol."

"We take that very seriously."

The ABC commission reviewed the four types of ID's that are acceptable at bars (drivers licenses, state IDs, passports and military IDs) and showed bar owners and managers different authentication points on a 2015 North Carolina driver's license that can help them spot a fake.

Kay Heney works for the underage drinking prevention division of the ABC commission and said bars should keep vigilant through the upcoming holiday season.

"On holidays like Halloween, obviously the youth are trying anything they can, so we want to give those bartenders every trick of the trade so they can make the right choice," Heney said.

They also reviewed state law on seller's discretion which allows any NC alcohol vendor to refuse the sale of alcohol, regardless of a person's age.

It's a reminder to ABC permit holders that they too hold responsibility for a patron's over-consumption of alcohol.

The Town of Chapel Hill is shutting down traffic on Franklin Street for Halloween this year from 8:30 p.m. to 11 p.m.

Check out more info on the Town of Chapel Hill's Halloween celebration here.