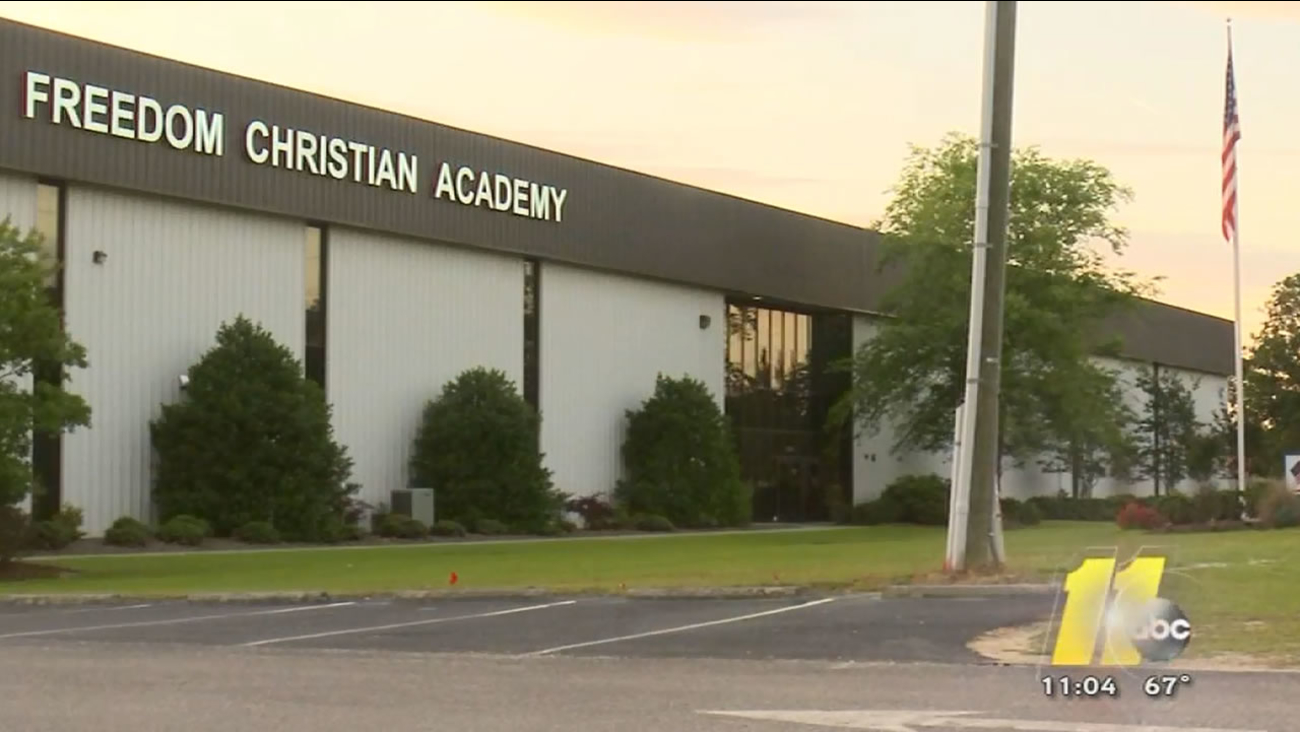 FAYETTEVILLE (WTVD) -- The Head of School at Freedom Christian Academy has taken a voluntary leave of absence.

As ABC11 reported early this week, the school is at the center of a criminal investigation by the Cumberland County Sheriff's Office after a parent of students at the private Christian school complained that the husband of a teacher - who is a convicted sex offender - was allowed to work at the school.

If true, that would be a violation of the Sex Offender Registration Act.

In a statement released Friday afternoon, the school's board of directors and school board said they have accepted Joan Dayton's request for leave.

It said an interim Head of School has already been hired and legal counsel has been retained to aid in the investigation.

"The steps taken by the boards demonstrate our commitment to address this allegations and ensures the school's day to day operations are unhindered," said Albert Norton, a Director of the Board.

According to investigators, Dayton allowed Paul Conner to work on campus during the 2011-2012 school year. Connor pleaded guilty to a sex offense with a minor in 1994.

Sheriff's investigators are also looking into allegations of grade tampering for athletes and "favored" students to increase reported levels of achievement at the school.

So far, no charges have been filed and no indictments have been handed up.

Earlier this week, School Board chair Kirsten Brunson denied both allegations saying the board looked into the grade tampering allegations last fall and found no evidence of grade changing.

She also said Conner never worked for the school, but helped his wife after classes, and had no contact with students. She said Conner's wife's contract was not renewed.