Sherry Cola talks Lunar New Year episode of 'Good Trouble': 'I never would have dreamt of this' 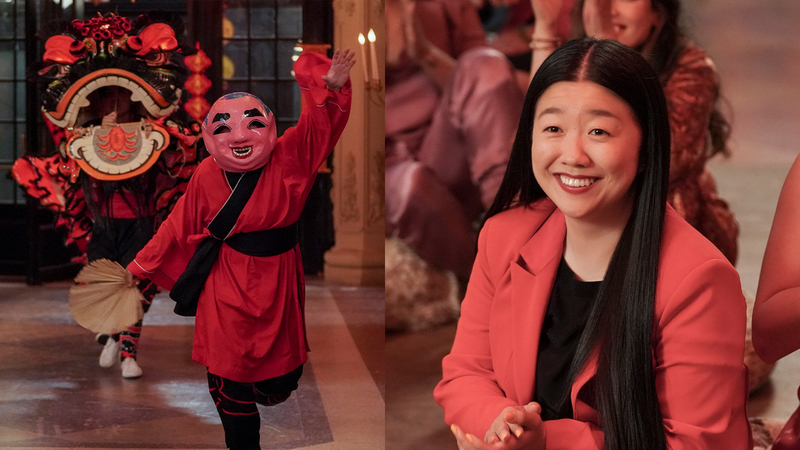 Lunar New Year takes the spotlight on Wednesday's all-new "Good Trouble" when Alice (Sherry Cola) plans a celebration at the Coterie. But this is more than just a made-for-TV party -- the show is honoring Chinese culture during a year when the Asian American community faced extreme hardship.

"This is something that's so close to my heart, my upbringing, my identity, my culture. And to be able to share this tradition with my cast members and with the audience -- it really means a lot," Cola told On The Red Carpet. "As an immigrant from Shanghai, I never would have dreamt of this."

From the food, to the decorations and even the superstitions, "Good Trouble" worked hard to ensure the Lunar New Year episode was an authentic representation of Chinese culture. Showrunner and executive producer Joanna Johnson invited Cola and Kara Wang (who plays Sumi) to share their experiences and stories with the writers, so they could be incorporated into the episode.

In one particularly beautiful scene, everyone gathers around Alice's dad as he recounts the legend of Nian, a monster that would wreak havoc on villages every Lunar New Year. Eventually, the villagers fought back with a creature of their own: a lion. The scene is intercut with a lion dance, which represents joy and brings good fortune.

While the episode centers on a celebration, it took on a whole new meaning as they started preparing for it at the end of March -- while violent, anti-Asian hate crimes were rampant across the country.

"It was extremely emotional. There were so many things going on in my head, in my heart: the fight for the community, all these conversations that were overdue," Cola said.

"I'm very vocal in real life," Cola said. "To be able to put that into Alice and speak from a very honest place about where we are in the world right now, it really meant a lot."

While this episode was cathartic and meaningful for the actors, the Lunar New Year celebration is also representative of Alice's growth in accepting and owning her identity.

"I've personally never been more proud of being an immigrant, Chinese American, bisexual woman. All these things that society didn't root for before, I'm embracing now. I'm celebrating it and I think Alice is doing the same," Cola said.

This episode presents important themes and conversations...but it wouldn't be "Good Trouble" without some relationship drama. While planning the Lunar New Year party, Alice grows closer to her ex-girlfriend, Sumi. What does this mean for Alice's love life?

"The relationship stuff -- it's messy, it's juicy with all the characters, so stay tuned. You will not be disappointed," Cola teased.