'Motherland' star Demetria McKinney reflects on the adversities that shaped her

The "Motherland: Fort Salem" actress reveals how homelessness and single motherhood influenced her character on the show.
OTRC
By Andrea Lans 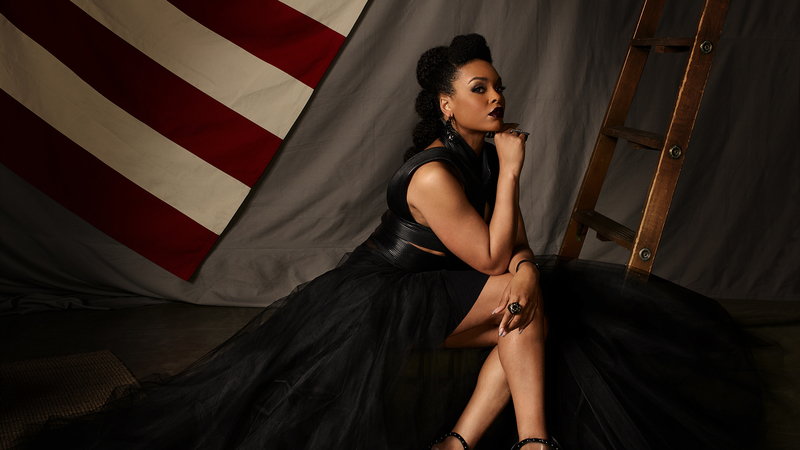 Demetria McKinney reflects on the adversities that shaped her

Actress and singer Demetria McKinney is determined to use her voice to empower women, now more than ever.

Currently self-isolating with her son in Atlanta, McKinney's quarantine hobbies include bingeing Star Wars on Disney+, writing and exploring what projects she wants to work on next. Most importantly, the actress said that the coronavirus pandemic has made time for a lot of introspection and is reflecting on the things she previously took for granted. McKinney initially rose to stardom for her role in Tyler Perry's "House of Payne," but the journey to gaining success in her career wasn't an easy one.

"I really had to take the time to just be like, 'You know, I lived in the projects, I survived abuse, I survived molestation, I survived single motherhood at a young age,'" the actress continued.

McKinney revealed that family members had saved her when she faced homelessness as an adolescent, taking her in even though they were barely surviving on their income: "It was ironic to me that the people who seemingly had the least were the most giving."

The actress wants to go back to her roots and use the adversities she's faced to inspire young women to conquer their obstacles. In addition to using her platform to motivate others, McKinney uses storytelling to express her most cherished values.

In her latest series "Motherland: Fort Salem," McKinney brings those values of female empowerment and unrelenting perseverance to the screen. The female-driven show centers around witches in basic training to become warriors of the nation. McKinney portrays no-nonsense drill sergeant Anacostia Quartermain.

"I knew Anacostia from the time I was born...She is my mother," McKinney revealed. "She retired as a master sergeant in the military...[and] she could give you 'the look.'"

As the season progresses, fans can watch Anacostia lean into her more compassionate side. McKinney said she gained inspiration for that facet of her character's personality through raising her son.

"My son taught me a lot," McKinney said. "There are different levels to discipline and one level of that is compassion."

While Freeform has not yet picked up "Motherland: Fort Salem" for a second season, McKinney is grateful to be a part of a diverse cast of females and hopes to reunite with them soon.