Happy Friday the 13th! Check out these fun facts about the number 13 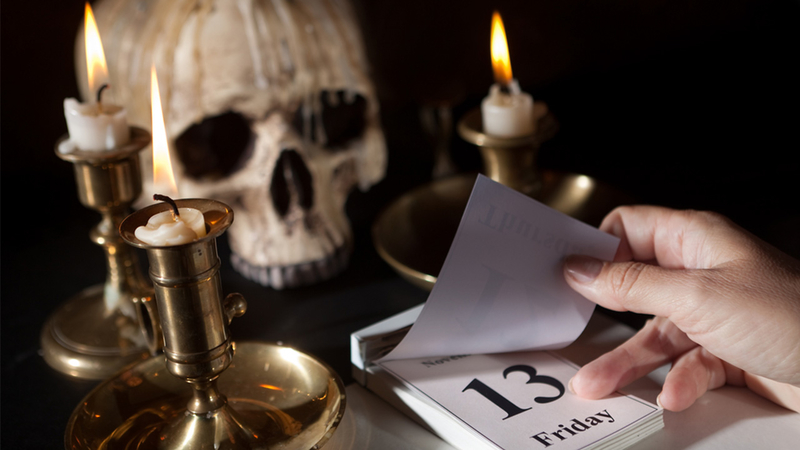 Fun facts about the number 13

As any superstitious person will tell you, 13 is hardly any old number. For centuries the sinister prime has been associated with bad luck, especially on Friday. But where did the negative association with the number come from?

Learn that and more with these fun facts about the number 13 (seven of them, in case you're looking for good luck).

Fear of the number has a name

Superstitions around the number have biblical origins

One explanation for society's fear of the number 13 stems from the Bible. It's said that if 13 people share a meal at a table together, one of the diners will die within a year. Nathaniel Lachenmeyer, who wrote a book about the number 13, said this superstition originated from the Last Supper with Jesus and his 12 disciples shortly before his death.

A number of serial killers and notorious murderers have names with 13 letters, Mental Floss points out, including Charles Manson and Jack the Ripper.

Julia Louis-Dreyfus poses in the press room with the award for outstanding lead actress in a comedy series for "Veep" at the 68th Primetime Emmy Awards on Sunday, Sept. 18, 2016.

Being born on an "unlucky" day didn't slow these celebrities' careers. Julia Louis-Dreyfus, the Emmy-winning star of VEEP and Seinfeld, was born on Jan. 13, 1961. Celebrities also born on Friday the 13th include Mary-Kate and Ashley Olsen and Steve Buscemi.

Captain William Fowler, an enthusiastic embracer of the power of 13, founded a secret supper club in celebration of the number in 1882, according to the New York Historic Society. Called the 13 Club, its first meeting included 13 courses, was lit by 13 candles and was attended (of course) by 13 people. The club continued its unlucky meetings throughout the late 1800s and early 1900s, and its honorary members included presidents Chester A. Arthur, Grover Cleveland, Benjamin Harrison, and Theodore Roosevelt.

Tuesday the 13th can be bad luck, too

It's not just Friday the 13th that puts superstitious people on edge. In some Spanish-speaking countries, the day of bad luck is actually Tuesday. The movie Friday the 13th was even translated into Martes Tres (Tuesday the 13th) for its global release.

Taylor Swift has called it lucky

Taylor Swift presents the award for entertainer of the year at the 50th annual CMA Awards at the Bridgestone Arena on Wednesday, Nov. 2, 2016, in Nashville, Tenn.