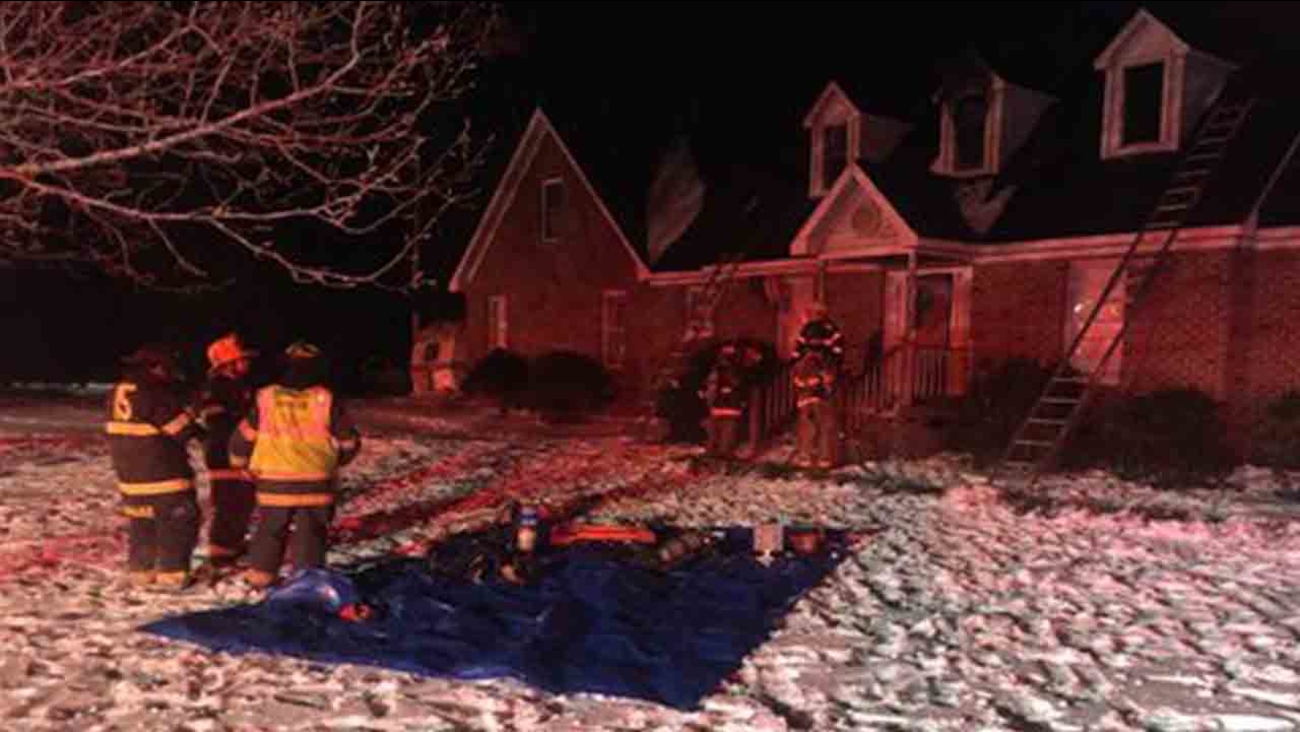 WINTERVILLE, North Carolina -- An elderly couple's house caught fire after authorities said one of the residents tried to heat up frozen pies.

According to Eastern Pines Fire Chief Gary Arnold, a man living in the home tried to warm up the pipes and then he and his wife left.

When they returned to their home, in the 1800 block of Worthington Road Saturday evening, it was on fire.

Crews said first responders had a hard time getting to the scene because of the icy streets.

"Big thing was trying to get here because of road conditions," said Arnold.