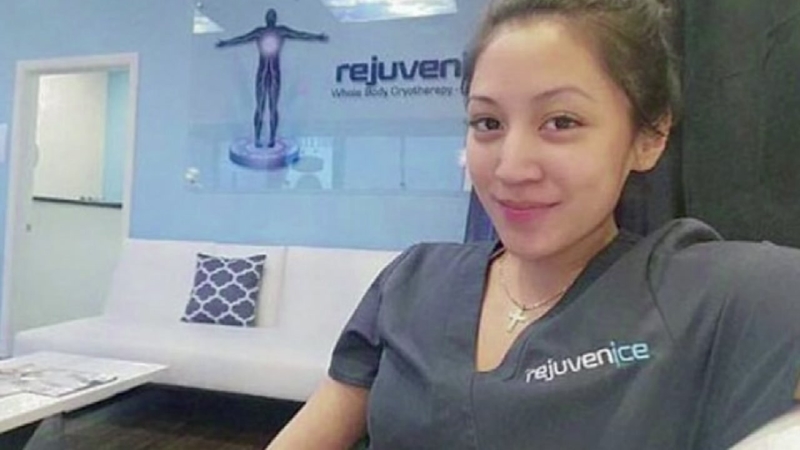 HENDERSON, NV -- A cryotherapy manager was found frozen inside a cryo-chamber that didn't turn off.

A police report says Chelsea Ake, 24, was found by one of her employees "frozen in solid ice," KSNV-TV reports. Firefighters say they had to crack the ice to release the woman's body from the chamber.

The cryo-chamber was turned on at minus 240 degrees Fahrenheit, and it's estimated the woman was inside for at least 10 hours before she was found.

Police are calling the death an accident.

"I do know that she was alone closing the shop up, and then did go into the machine and apparently did not turn off," her friend, Shae-Lynn Bee, told KSNV-TV.

The officials cause of death is still unknown. Doctors aren't sure if she froze to death or died of suffocation.

"Nitrogen in your body can displace the oxygen in your lungs. Simply because of weight and what it is so if you don't have the proper oxygen you are just going to sleep," said Dr. Carrison.