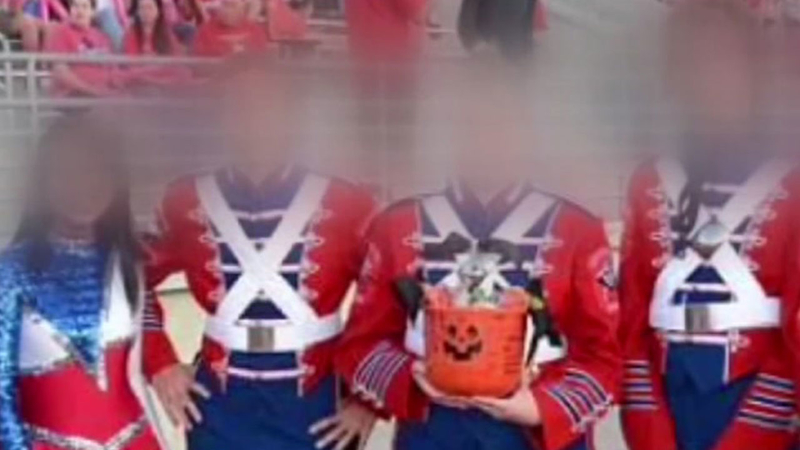 HOUSTON -- Band members from Atascocita High School in Houston are in trouble over a gift they gave their rival school before the varsity football game on Friday. The gift is supposed to encourage good sportsmanship. Humble ISD, instead, said it was racist.

Seven band members presented their gift to their counterparts in the Summer Creek High School band on the field before the game. Along with candy and a decorated bucket for Halloween was a small watermelon, coconut, pineapple and watermelon gum.

Eyewitness News spoke to two of the band members and their parents. The students said they never dreamed it would be considered racist.
"We didn't do anything wrong," said Carolina Andaverde, who plays the flute. "We wouldn't do that because we know better than that. Our parents raised us better."

"I'm mixed (race). I don't take offense to that. How can someone else take offense?" asked senior Alyssa Taylor.
They've been told they'll be punished which might include suspension and no more band.
"It's just not fair, not fair. They're good kids with good heads on their shoulders," said Hector Andaverde, Carolina's father.

"It is a tradition for student representatives of competing schools to exchange gifts on the field at varsity football games. On Friday, students from one school presented students from the other school with a watermelon, a pineapple, a coconut, and watermelon gum. Today, school administrators conducted an investigation and after considering the totality of the circumstances, determined that the gift was inappropriate and lacked good sportsmanship. Atascocita High School will not tolerate racial insensitivity."