2 teens turn themselves in for shooting at Fuquay-Varina Walmart 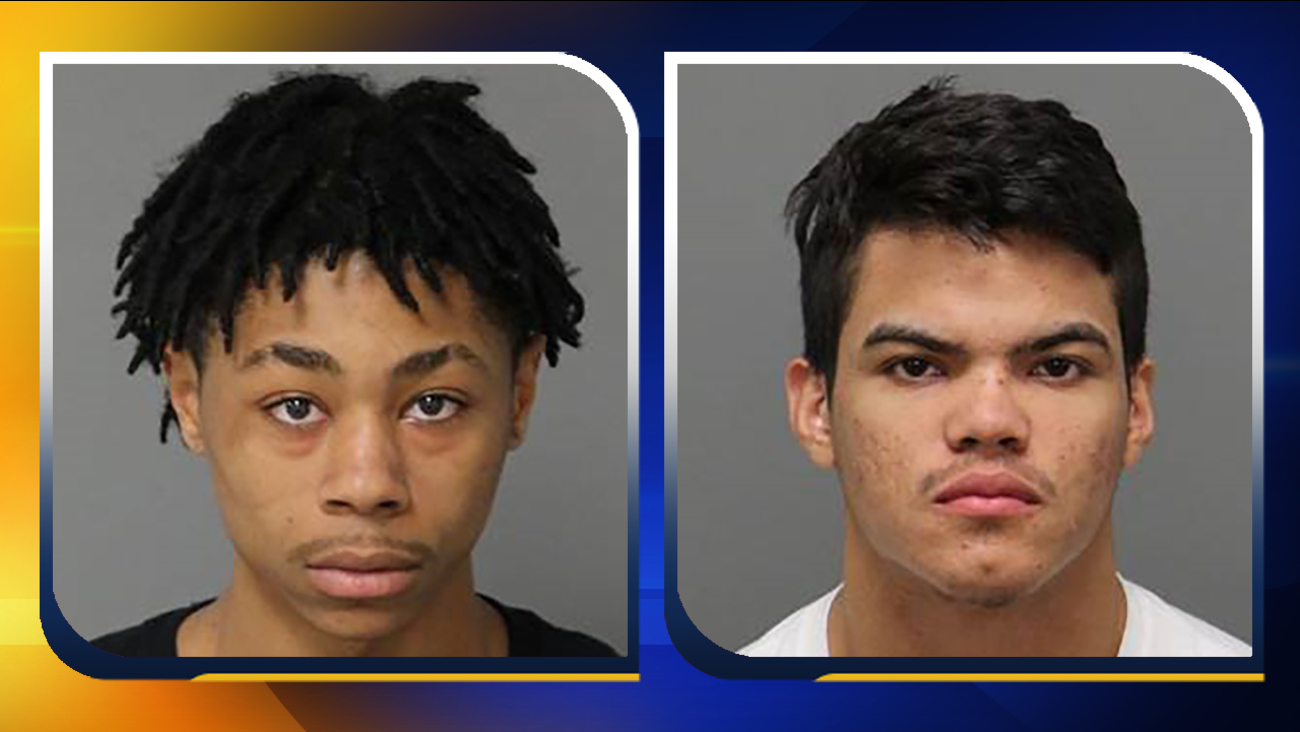 FUQUAY-VARINA, NC (WTVD) -- Police said two teenagers sought in connection with a shooting in the parking lot of a Fuquay-Varina Walmart on Friday have turned themselves in.

Authorities said 17-year-old Bailey Lee Scott and 19-year-old Carlos Daniel DeJesus - both of Raleigh - turned themselves in about 4:30 p.m. Monday at the Wake County Detention Center.

DeJesus was wanted for accessory after the fact for attempted murder.

Officers said the shooting happened around 4:25 p.m. in the parking lot of the Walmart located at 1051 E. Broad St.

Police said Scott approached a black Ford F150 occupied by two people, engaged in a confrontation and shot several times into the vehicle.

Police said he then ran off and left in a white passenger four-door vehicle, possibly a Jetta or an Acura, with a possible tag with the letters "EMB."

The Ford pickup also drove away.

Police said they later found the two victims - ages 18 and 17 - at WakeMed Apex.

Despite the arrests, the investigation remains ongoing, police said.