'We're not doing everything we can:' Durham council member says action needed to tackle growing violence 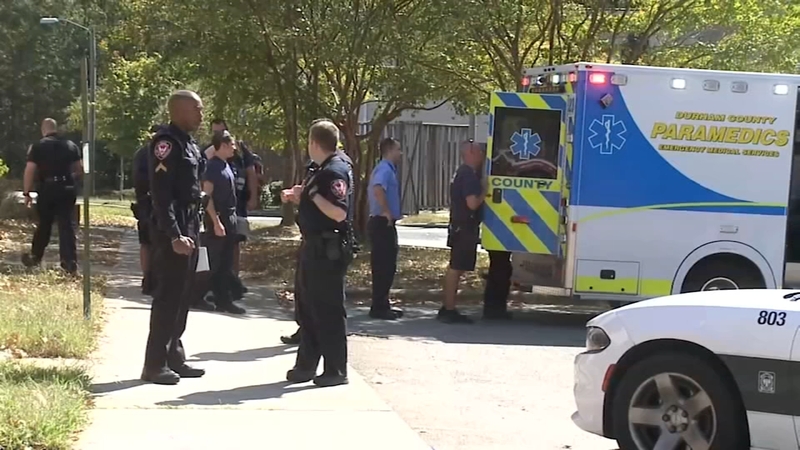 DURHAM, N.C. (WTVD) -- Through the first nine months of 2019, there have been 32 homicides in Durham -- double the amount from the same time period last year.

The spike highlights a growing concern in the face of recent drive-by shootings in the city, and has led at least one elected official to call on city leaders to take action.

"You can't have a moratorium or de facto moratorium on hiring, but we recognize in growth in every other part of the city," said Council Member Mark-Anthony Middleton. "So we'll hire more firefighters, we'll build more houses and pretend those numbers also don't affect safety or responding to calls."

In June, city leaders rejected the Durham Police Department's $1.2 million request to add 18 additional officers, instead using the money to increase the pay for minimum wage part-time city workers to $15 an hour.

"I think the vote that we took with the budget has galvanized folks. I think it has turned the volume up in the conversation we're having in our city," Middleton said.

Middleton also suggested the city explore using ShotSpotter, technology that uses sensors to detect gunfire, an initiative he has previously supported. He further called on the creation of an anti-violence task force, and to provide funding to address the root causes of violence.

This summer, Durham police took part in a 60-day citywide violent incident initiative focused on aggravated assaults and other violent crimes. Throughout the operation, they seized 26 firearms, 465 grams of cocaine, 30 grams of heroin, 3,863 grams of marijuana, and 228 dosage units of pills. Additionally, they made 94 on-view felony arrests, 39 misdemeanor-arrests, and arrested five people with federal detainers.

A Durham Police Department spokesperson highlighted their work with both local agencies in the Triangle and federal authorities; one of the agencies they work most closely with is the Durham County Sheriff's Office.

Shortly after the death of 9-year old Z'Yon Person, the Sheriff's Office announced the creation of the Sheriff's Targeted Enforcement Program (STEP). The second phase, which was recently completed, resulted in 28 arrest.

"This is targeted enforcement, it's not random, it's not haphazard. So we're looking at Step 3, Step 4 and we're going to just continue to expand this. We're going to increase our cooperation with our federal partners as well," said Sheriff Clarence Birkhead, who further encouraged members of the community to share information with authorities.