'Where do we go from here?' Panel discusses moving Fayetteville forward amid social tensions 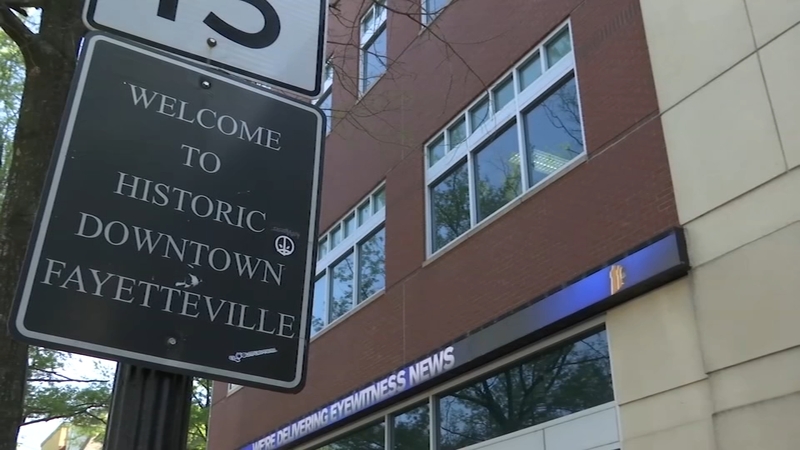 FAYETTEVILLE, N.C. (WTVD) -- An ongoing conversation about race, police brutality and the current demonstrations made its way to Fayetteville for an online, virtual panel.

The panel was facilitated through Fayetteville State University and gathered a wide array of individuals in the Cumberland County area, many of them working or who had previously worked in city or county positions.

The theme was "Where do we go from here, Fayetteville?" The group touched on several hotly debated topics, including Black Lives Matter and Blue Lives Matter.

Since the death of George Floyd, the BLM movement has been back in the spotlight, looking to spread awareness on the unequal treatment of Black people in America.

Similarly, the concurrently growing Blue Lives Matter has started to make its voice heard. Police Chief Gina Hawkins, in the panel session, stated the movement is about honoring the true meaning of wearing the badge. She said she associates herself with both movements.

"The honorable profession that we are in has been tarnished, many times over, by many individuals that do not deserve to be in this profession," Hawkins said.

While other panelists agreed that not all officers are bad, some highlighted the fact that the Blue Lives Matter movement could also discredit the struggles of a Black man or woman in this country.

Commissioner Charles Evans, an at-large representative of Cumberland County, called back to his faith, stating that all people matter; however, he also made it clear that not all people, specifically Black Americans, are treated equal, which is why the Black Lives Matter movement is so important.

"The problem exists is when we are not treated like we matter," Evans said.

This conversation was a segue into the allegations of police brutality and implicit bias, all topics that have come to the forefront nationwide.

Chief Hawkins told panelist that she and her officers review misconduct across the country and close to home, finding ways to improve their de-escalation tactics.

Hawkins, who is of Latino descent, called every single person: police officers, city leaders, and citizens to look at themselves in the mirror and check their biases and prejudices.

Former city councilwoman Val Applewhite said they should also direct their attempts at progress at the economic divide in Fayetteville. She said many of the issues the community is seeing now stem from this wealth gap that influences crime, education and housing.

Then, came the dialogue regarding the modern civil rights movement and the need to involve the new and old generations.

Dr. Lee Brown, the Provost and Vice Chancellor of Academic Affairs at Fayetteville State University said both groups need to have more dialogue, along with many of the local organizations who are pushing for the same rights or social movements.

"They're not sure how to bring the younger generation into the fold and guide them into activism," Brown said.

Councilwoman Shakeyla Ingram, District 2, added to that conversation by saying it is important that both groups share an equal amount of dialogue and planning.

Toward the end of the conversation, the fate of the Market House was brought up. All panelists agreed that the historical building, which was known to be a place where slaves were once sold, should either be repurposed or moved to another location.
Report a correction or typo
Related topics:
societyfayettevilleblack lives matterrace relationsfayetteville police departmentpolice brutality
Copyright © 2022 WTVD-TV. All Rights Reserved.
TOP STORIES
Winter storm impacts reduced, shifted east
Voting bill collapses, Democrats unable to change filibuster
'We can't get any more': Stores struggle to restock shelves
Suspect captured in killing of woman, 24, working at furniture store
Third arrest made in Black Friday shooting at Streets at Southpoint
Daniel Turcios shot 5 times after crash on I-440, RPD reports
NC legislature votes to further delay primaries until June 7
Show More
'He was special': Durham friends remember Andre Leon Talley
Cumberland County mom spins way to $500,000 lottery prize
Victim in fatal I-85 crash was just 3 months old
19-year-old military driver charged in wreck that left 2 Marines dead
Earnhardt Jr. to be inducted into NASCAR Hall of Fame
More TOP STORIES News