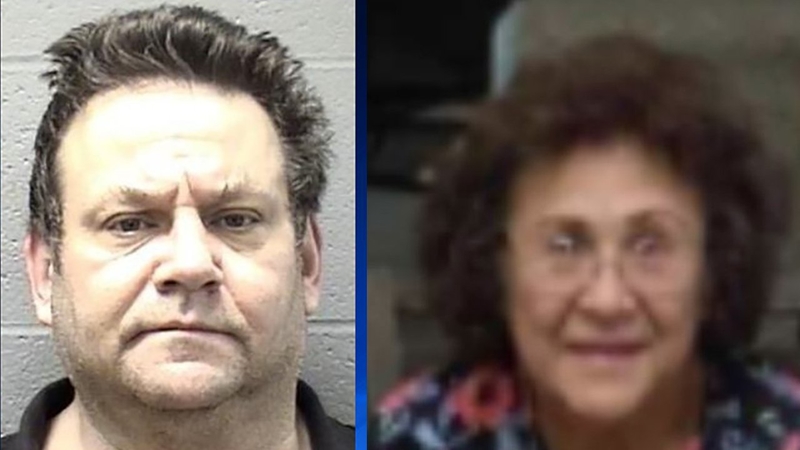 CHICAGO -- A man who reported his 76-year-old mother missing Friday in Illinois was charged Tuesday in her murder, dismemberment and the concealment of her body, after her remains were found in duffel bags in a lagoon on Chicago's North Side.

After being confronted with evidence by police, prosecutors say Peck admitted he put her in the bathtub and hacked her up. Then, he allegedly made an elaborate plan to dispose of her body.

"The defendant said that on Wednesday, he drove the bags that contained her head and arms to Montrose Harbor and threw those bags into Lake Michigan. The defendant said the next day, he purchased a suitcase and a duffel bag, put her torso and legs in those items, drove down to Chicago and threw them into the water near Diversey Harbor," prosecutor Maria McCarthy said.

Prosecutors laid out a timeline for the murder starting early Wednesday morning. Peck allegedly told police he stomped on her head and neck around 3:30 a.m. Wednesday. Later, police said he withdrew cash from his mother's account and was seen making purchases of cleaning supplies.

On Thursday, police said he was seen on video purchasing luggage identical to what the victim's body was found in.

On Friday, he allegedly transferred money from his mother's savings account and he later called 911 to report mother missing.

On Friday evening, police searched his home and found blood stains in the victim's room.

On Saturday, a Fisherman found human remains in Lincoln Park lagoon, which the medical examiner said were consistent with a 76-year-old woman.

Prosecutors laid out their theory for what may have led Peck to kill his mother.

Neighbors said Peck and her son had moved to the area just a few months ago.

"I'd seen him a number of times walking around in the neighborhood. I can't really put my finger on why, he just made me a little uncomfortable," said Jessica Williams, a neighbor.