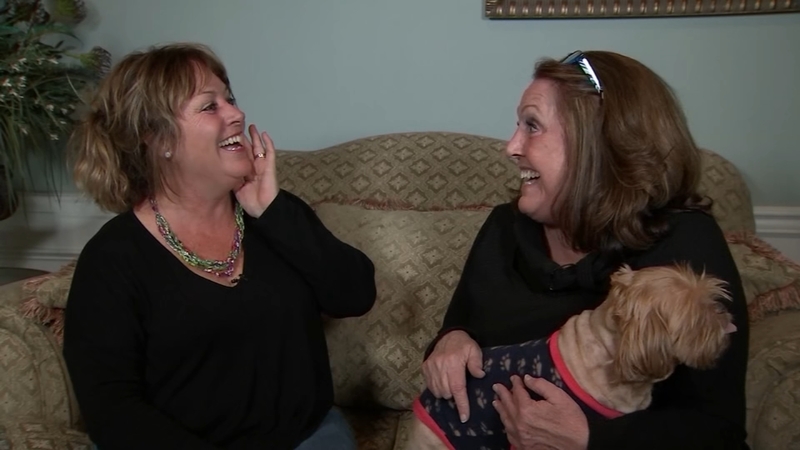 Gail Prasnicki said she knew her mother gave up a baby for adoption but was never able to find her sister.

"Back then we didn't have the technology and such that we do today, so we weren't able to find her," Prasnicki said.

But in January, she got a message from her long-lost sister Carolyn Conery.

Conery turned to genetic testing companies Ancestry DNA and 23 and Me to try and piece together her family's puzzle. Through several relatives and cousins, she finally found Prasnicki.

Though they grew up hundreds of miles apart, they instantly felt a connection when they met in Charlotte in January.

The sisters said their mother died 20 years ago, and their third sister died in December.

"I think God wanted us to meet each other," Conery said.

Prasnicki, who was very close to their late sister Donna, said the reunion came at the right time.

"There's such a big hole in my heart,and you stepped in and took some of that away," she said to Conery.

Prasnicki said she planned to take Conery to meet one of their aunts as the sisters catch up on a lifetime of memories.