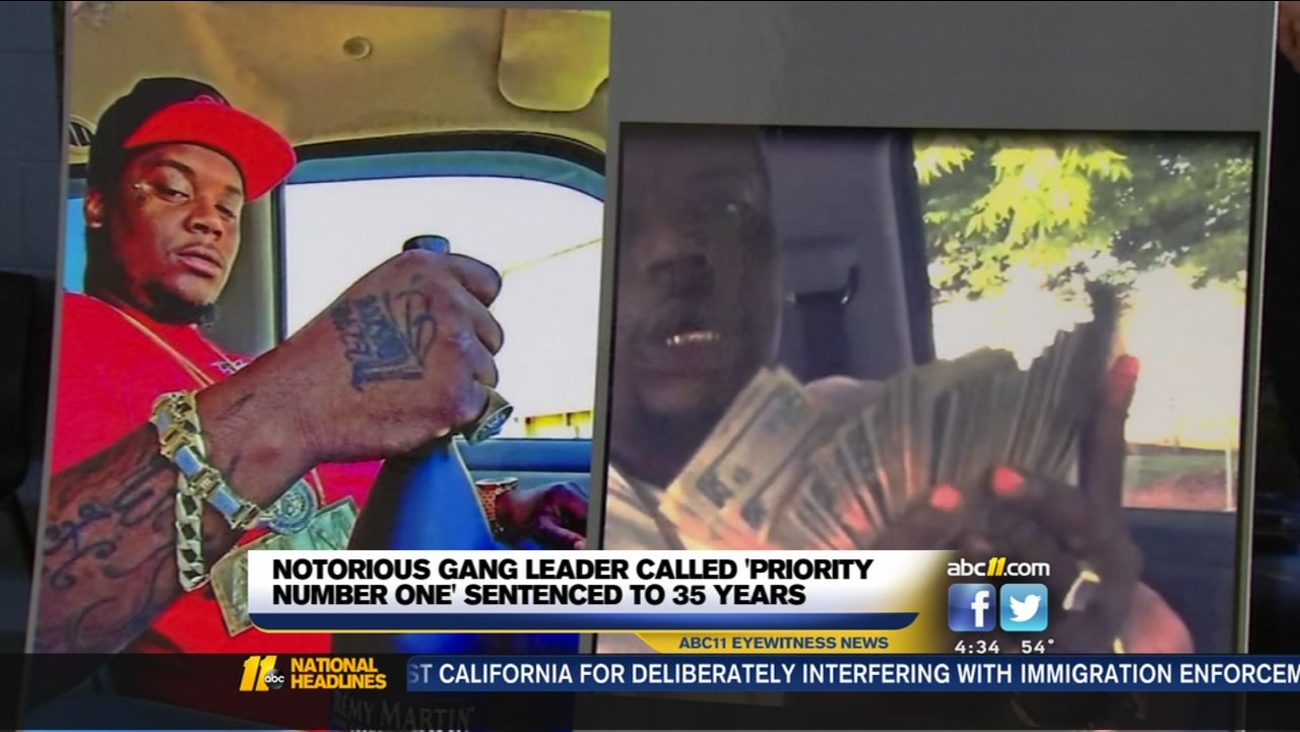 FAYETTEVILLE, N.C. (WTVD) -- One of Fayetteville's most notorious gang members and drug traffickers is off the streets.

A joint investigation conducted by the Fayetteville Police Department and the FBI revealed that Whitted was the leader of a violent, Fayetteville-based Bloods gang called "Addicted to Money" or "A.T.M."

Authorities said Whitted and other members of the gang have been linked to serious crimes in the Fayetteville community, including home invasion robberies, carjackings, shootings, financial fraud, and drug trafficking.

Whitted and other members of A.T.M. regularly possessed firearms in furtherance of their crimes.

The Department of Justice said Whitted was responsible for manufacturing and distributing large amounts of narcotics, primarily cocaine and crack over almost 10 years.

The recordings showed that over the course of several months, many cars pulled in and out of the car wash, but very few cars were actually washed.

It appeared that the "car wash" was primarily a place for drug transactions to occur.

In addition to drug dealing, Whitted and other A.T.M members were feared due to their propensity for violent home invasion robberies of other drug dealers.

Girlfriends of drug dealers were also frequently harmed during these invasions.

On two occasions, Whitted and his accomplices poured boiling water on the victims until they disclosed the locations of the drugs and/or currency.

During one of these invasions, a taser was deployed on a woman's genital area.

Because of the threat posed by Whitted, the Fayetteville Police Department deemed him "priority number one."