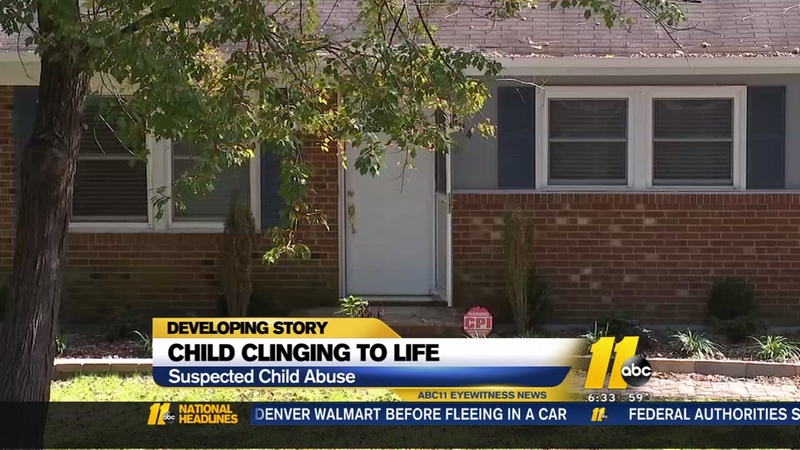 The injuries happened at a home off Trail of Merlin Road near Garner.

ABC11 has learned that the little girl's injuries are so severe that she is not expected to survive.

No arrests have been made in the case.

Her mother's boyfriend is listed as the suspect, according to officials. He reportedly told authorities he was watching the little girl when she bumped her head on a dresser.

Officials say doctors examining the child said her injuries do not match the mother's boyfriend's story.

The 3-year-old has a life-threatening skull fracture, along with old injuries to her foot and ribs.

Doctors also said they believe she may have been sexually assaulted.

According to a search warrant, there has been a history of domestic violence at the household.