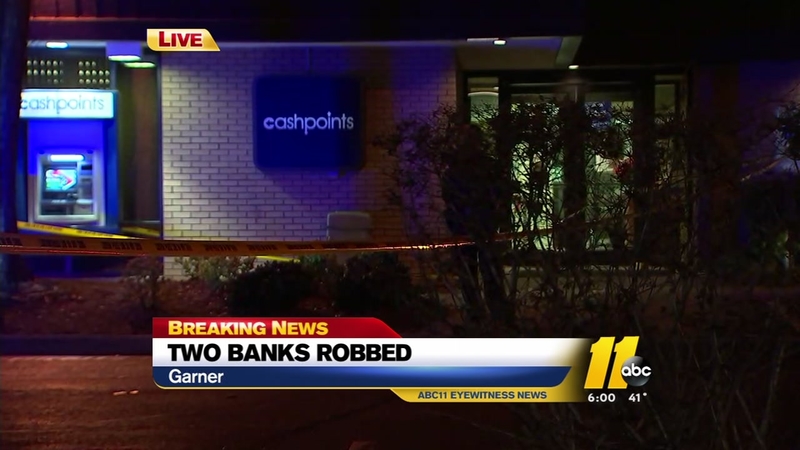 GARNER, North Carolina (WTVD) -- Garner Police are searching for a suspect in the robbery of two financial institutions Wednesday afternoon.

There were no injuries.

Garner Police confirmed they think the same man is responsible for both robberies. He got away with an undisclosed amount of cash from the SECU, where he jumped the counter and took money. No money was taken in the first incident.

Suspect pictures is from the Coastal Federal Credit Union. Investigators believe that the same suspect was responsible for both reported robberies. pic.twitter.com/Ay8tOt7Iex

Police described the suspect as a white man about 5-foot-6 to 5-foot-8, weighing between 150-160 pounds. He was wearing blue jeans, a black hat, and sunglasses.

A surveillance image also showed he was wearing a long-sleeved grayish sweatshirt and had on gloves.

He may have gotten away in a small, white compact car, possibly a Nissan.