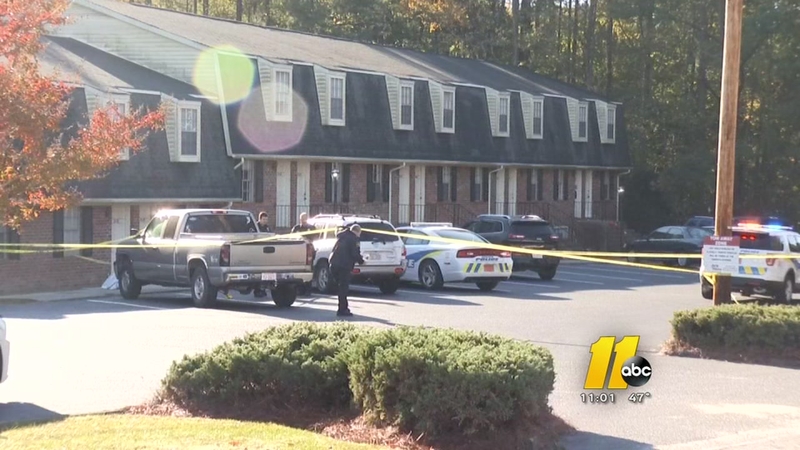 It happened in the 1800 block of Spring Drive just before 7 a.m., police said.

Officers said 32-year-old Randolph Davidson and 26-year-old Kellie Jacobs "Harris" had an altercation inside an apartment that continued outside near the parking lot. Police said the two were in a relationship.

A nearby resident, 26-year-old Kyle Jensen, heard screaming and yelling from the assault and went outside to check it out, according to authorities.

Police said Jensen saw Davidson assaulting Harris and fired several rounds from his personal handgun, hitting Davidson. Davidson then ran back into the apartment where police later found him.

"I heard some screaming," said Eric Chang, another neighbor. "It was from the same person, so I thought it was only one person, But it was pretty closely followed by three, what sounded like pops, and I guess they were gunshots."

Both Davidson and Harris were taken to the hospital. Davidson was pronounced dead while Harris had surgery after multiple stab wounds and is in stable condition in the ICU, police said.

No charges have been filed against Jensen and he is not in custody.