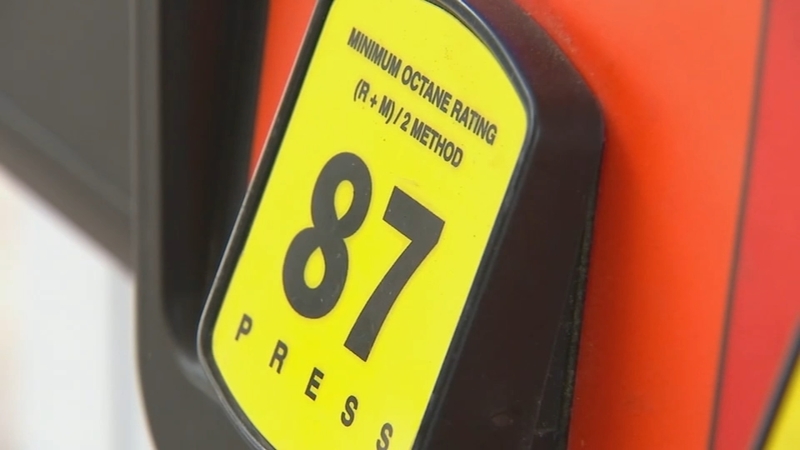 DURHAM, N.C. (WTVD) -- The average price of gas in North Carolina is $3.88. Analysts predict the national average could surpass $4.00 early this week.

"It's ridiculous. It keeps on going up," Melita Witahrow said.

Witahrow and her girlfriends are gassing up at the Sheetz in Durham where their cheapest gas is $3.89. The group is heading back to Richmond, Virginia after a weekend getaway at The Biltmore in Asheville.

But individually, Witahrow says it's been a struggle. She's noticing as gas increases, so is her grocery bill-spending. Recently spending $200 on her family of 5.

"We're cutting back on eating out," she said.

Gas analysts say drivers should get used to paying $4 a gallon. It's a price researchers say many of us have not seen since the summer 2008.

ABC 11 asked drivers what that will have on their routines.

Fatimah McElhimay and Jacobie Williams tell ABC 11 they are budgeting more for gas.

"I'm definitely envious of those who have electric vehicles right now," McElhimay said.

Patrick De Haan, an analyst from the company Gas Buddy says drivers could see the national average of gas to reach $4.10 by Tuesday.

"As Russia's war on Ukraine continues to evolve and we head into a season where gas prices typically increase, Americans should prepare to pay more for gas than they ever have before. Shopping and paying smart at the pump will be critical well into summer," said De Haan.

Disappointing news for Witahrow planning a family vacation to Disney World in a couple months.

"I really like it to go back to what it was--less than $3. Because we're going to have to save for it," she said.

Last year, drivers were paying $2.57 cents on average according to AAA Carolinas.