After Biden's oil reserve move, how quickly can drivers expect relief at the pump? 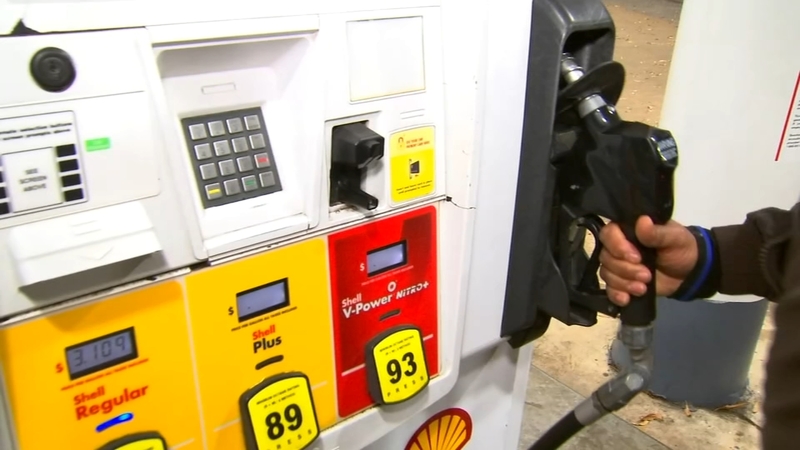 "While our combined actions will not solve the problems of high gas prices overnight, it will make a difference," Biden promised in remarks. "It will take time, but before long you should see the price of gas drop where you fill up your tank."

The U.S. action is aimed at global energy markets, but also at helping Americans coping with higher inflation and rising prices ahead of Thanksgiving and winter holiday travel. Gasoline prices are at about $3.40 a gallon, more than 50% higher than a year ago, according to the American Automobile Association.

The move by Biden is seen by critics as one of desperation for am administration with record-low approval numbers in various polls and inflation soaring to a 31-year high in October.

Republican lawmakers have hammered the administration on inflation. The consumer price index soared 6.2% from a year ago - the biggest 12-month jump since 1990.

Wyoming Sen. John Barrasso was among Republicans who criticized Biden's announcement. The No. 3 Senate Republican said the underlying issue is restrictions on domestic production by the Biden administration.

"Begging OPEC and Russia to increase production and now using the Strategic Petroleum Reserve are desperate attempts to address a Biden-caused disaster," Barrasso said. "They're not substitutes for American energy production."

Biden has scrambled to reshape much of his economic agenda around the issue of inflation, saying that his recently passed $1 trillion infrastructure package will reduce price pressures by making it more efficient and cheaper to transport goods.

The trade group represents more than 300 companies that move 95 percent of the state's diesel and gasoline to local retailers.

"It will make a difference because that means that there will be more crude poured into the market," Harris said. "However, it's going to take a little while for it to reach the pump.

So what does that mean for consumers?

"My guess is it'll be three or four weeks before you'd see any impact from it," Harris said. "My guess, from past experience, it's probably going to reduce prices just a few cents, five cents a gallon."

The decision to tap the national oil reserves is Biden's latest action to show Americans he's working to lower prices. Last week, Biden sent a letter to the Federal Trade Commission asking the FTC to investigate whether "illegal activity" by oil and gas companies is pushing up prices.

"It's easier to have a better margin when prices are low than it is when prices are high and margins are squeezed. Because you're trying to stay competitive," Harris said.

Former President Donald Trump issued a harsh criticism of Biden's move on Tuesday, saying the oil reserves "are meant to be used for serious emergencies, like war, and nothing else."

"We were energy independent one year ago, now we are at the mercy of OPEC, gasoline is selling for $7 in parts of California, going up all over the country, and they are taking oil from our Strategic Reserves," Trump added in a statement. "Is this any way to run a country?

The Biden administration is banking that the reserve is the right tool to help ease the supply problem. Americans used an average of 20.7 million barrels a day during September, according to the Energy Information Administration. That means that the release nearly equals about two-and-a-half days of additional supply.

"Right now, I will do what needs to be done to reduce the price you pay at the pump," Biden said. "From the middle class, and working families that are spending much too much and it's a strain ... you're the reason I was sent here to look out for you."