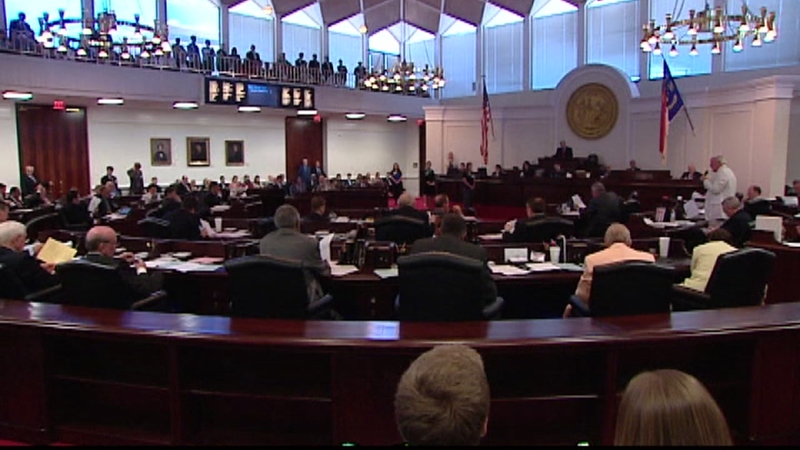 The tweets, posted by Rules Chairman Rep. David Lewis, R-Harnett, come one day before lawmakers return to Raleigh for two expected votes to override vetoes from the governor.

"You're trying 2 manipulate debate," Lewis charges, accusing Cooper of politicizing the executive branch's renewed roles in elections oversight. "You've sued & made a mess that causes ALL Election oversight to end."

Nothing in this Bill impacts “secrecy” in criminal conduct as we are seeing in #CD9 perfected by the Democratic Bladen Improvement PAC. You’re trying 2 manipulate debate because you’ve sued & made a mess that causes ALL Election oversight to end. Come clean @NC_Governor DL https://t.co/pcqgK01EXz

The Republican-led General Assembly earlier this month passed House Bill 1029, a bill which restores a separate State Board of Elections from the Board of Ethics, with members of both being nominated by the sitting governor.

There's definitely no shutdown in Raleigh. Here's what to look for in state politics.

Republicans tried combining the boards and reducing the governor's role in a 2016 Special Legislative Session after Cooper's election win over incumbent Gov. Pat McCrory. Then Gov.-Elect Cooper sued and ultimately won in court - many times - and a GOP-sponsored constitutional amendment failed to keep the changes.

Still, HB 1029 enacts significant changes, including mandates for "confidential" investigations related to alleged campaign finance violations, and limits on what investigations can be initiated.

"It's astonishing to me that the legislature has passed a bill, HB 1029 (which I vetoed), that mandates secrecy for campaign finance violations," Cooper says in a statement posted on Twitter. "Not only that, the new bill makes it harder to prosecute people and groups that violate campaign finance laws. Tell legislators that you don't want to protect politicians who commit fraud."

A message from Gov. Cooper on HB 1029: pic.twitter.com/wdjbWTj5qx

The General Assembly's Lame-Duck Session first convened on November 27th with Voter ID at the top of the agenda. Lawmakers, though, also pressed forward with two pieces of legislation earning bipartisan support: a new Hurricane Florence relief bill and a proposal to increase tax incentives for companies bringing new jobs to North Carolina.