"My primary focus is to develop the totality of these young men and make them become men because they're going to be the future leaders of tomorrow," the NCCU head coach told ABC11.

Dave Doeren at NC State sees his job much the same way.

"It has nothing to do with football right now. I just want to be there to help them the best that I can," the Wolfpack head coach said. And I'm not a professional with that but I love them, and I care for them and I think that's my job is to try to help guide them."

Like the other most prominent Triangle coaches, Doeren put out a statement this weekend talking of his anger and disgust at what happened to George Floyd and the need to come together.

"As a father of three sons and a surrogate father to 125 young men on our football team, I think it's important that I stand up for what I believe in, and that I'm not quiet," Doeren said.

Moton, who recently shared a story about his own harrowing encounter with police, said the public insistence of coaches like Doeren will be necessary for real change to occur going forward.

"If we're going to provoke this change and we're going to move past this then we need the people who don't look like us speaking up on my behalf and advocate," Moton said.

Moton just hopes to see the current energy carried through once the headlines die down.

"When it's no longer a trending topic in 72 hours, now what? Are we still going to speak up on behalf of young black men that are losing their lives?" Moton pondered.

Doeren is committed to tackling the issues head-on. As he explained, sometimes leadership is about serving. That's not a new approach for Doeren, but it's extra important now.

"It's not something that's going to go away," he said. "Our steps are going to probably be led by what they (the players) feel we need to do, to be honest, and these conversations aren't going to just be football-related. I think there's going to be a lot."

The work appears to have begun, and both Doeren and Moton said the work will continue.

"You have to listen, you know, and I think in a time like this asking questions and listening is a really important part of our jobs," Doeren said.

Moton said the time for the comfort of silence has passed. As influential voices, coaches are obligated to take a stand.

"We can no longer play footsie on this side of the line or that side of the line," he said. "We really have to hold ourselves accountable and take this serious."
Report a correction or typo
Related topics:
sportsraleighdurhamnc state wolfpackgeorge floydnccu basketball
Copyright © 2020 WTVD-TV. All Rights Reserved.
More Videos
From CNN Newsource affiliates
TOP STORIES 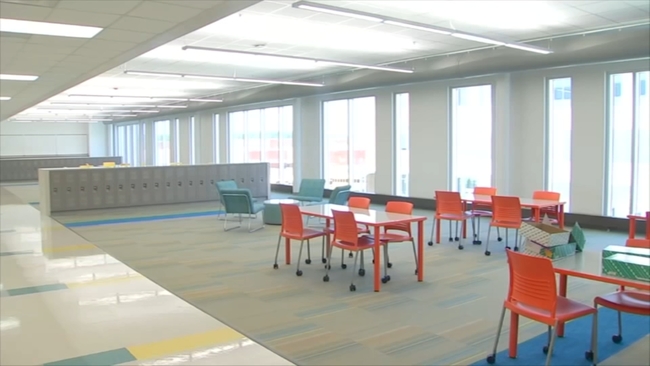