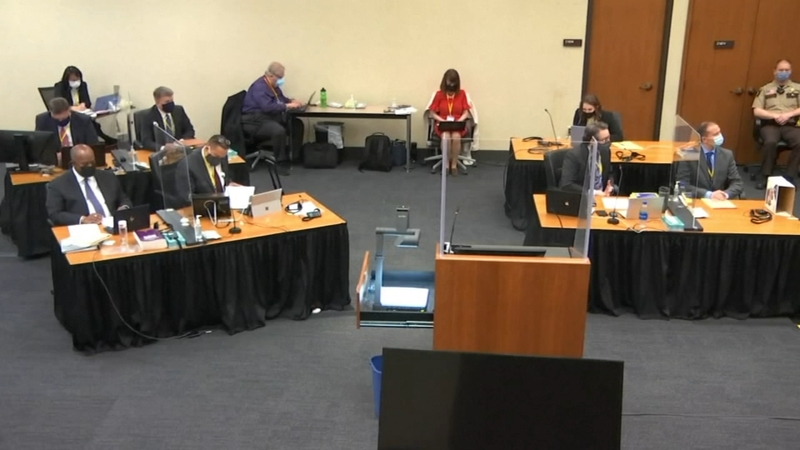 MINNEAPOLIS, Minnesota -- The murder trial of former Minneapolis police officer Derek Chauvin in the death of George Floyd is expected to last about a month.

Though it only began March 29, the trial has already been fraught with emotional testimony from key witnesses.

Here are some of the major moments so far. Check back daily for updates to this story.

Keep in mind that during the trial, there may be video played as evidence that may include explicit language.

In his opening statement, prosecutor Jerry Blackwell told jurors that Derek Chauvin "didn't let up, he didn't get up" even after George Floyd said 27 times that he couldn't breathe and went motionless. Watch part two here.

In his opening statement, defense attorney Eric Nelson argued that Derek Chauvin arrived to assist other officers who were struggling to get George Floyd into a squad car as the crowd around them grew larger and more hostile.

The video of George Floyd gasping for breath was essentially Exhibit A as the former Minneapolis police officer who pressed his knee on his neck went on trial Monday.

Day 2 - Off-duty firefighter testifies: 'There was a man being killed' Minneapolis firefighter Genevieve Hansen wept on the stand as she recalled being blocked from helping Floyd.
EMBED More News Videos

Minneapolis firefighter Genevieve Hansen wept on the witness stand as she recalled how she was not allowed to give any medical assistance or tell the police what to do, such as administering chest compressions.

Watch as Genevieve Hansen, the firefighter who witnessed George Floyd's arrest, is cross-examined by the defense on Tuesday, March 30.

Darnella Frazier, the teenager who shot the harrowing video of George Floyd under the knee of the Minneapolis police officer now charged in his death, testified Tuesday that she began recording because "it wasn't right, he was suffering, he was in pain."