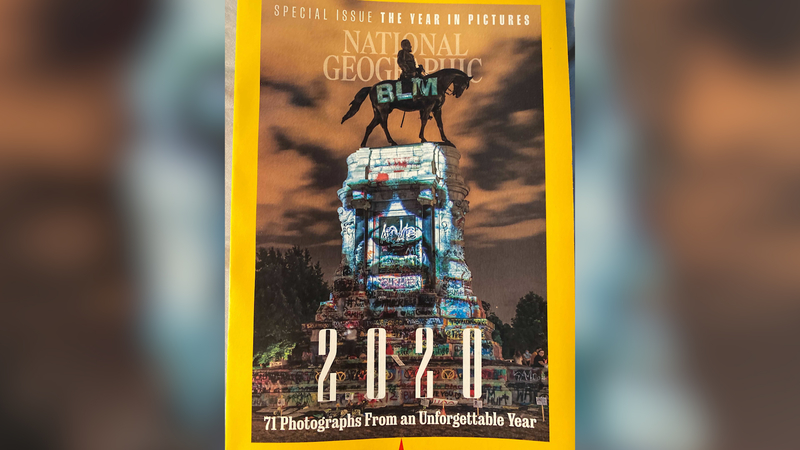 The January 2021 issue features "71 Photos from an Unforgettable Year".

The photo on the cover shows Floyd's face with the words "BLM" projected onto a monument of Confederate General Robert E. Lee, that is covered in graffiti in Richmond, Va.

Travis Cains, who called Floyd his "little brother", was speechless when he saw the cover.

Cains said Floyd deserved to be on the cover and referred to him as a sacrificial lamb.

"It is what is meant," Cains said. "He was God sent. On a national scale. That is one of the biggest I've seen."

He said National Geographic putting Black people on a stage like they did is "beautiful".

Seven months after Floyd's death, and Cains said he's not shocked that his brother is still making headlines.

He said he, along with Floyd's family and others, are continuing to fight to get justice and to make it known that what happened was wrong.

"He always said he would make it to (be) something," Cains said. "We never did know what it was, but he was the sacrificial lamb, so you would expect something like that."