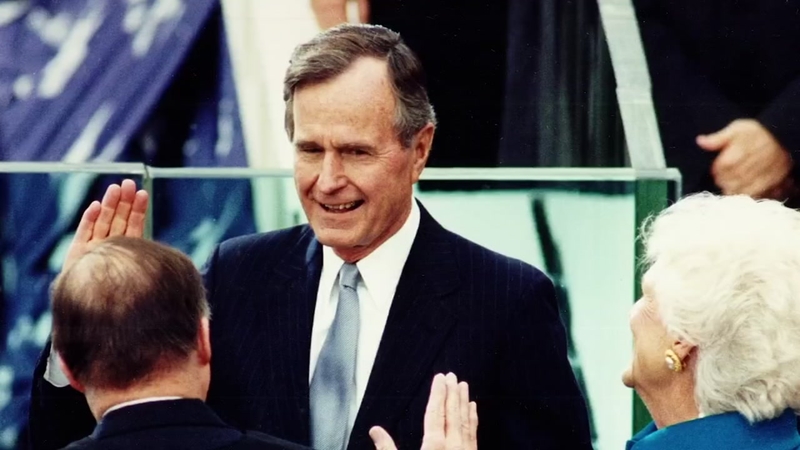 A video diary released Tuesday is giving us a more intimate look into the day George H.W. Bush was sworn in as president in 1989.

Bush's spokesman, Jim McGrath, shared the video on Twitter from "All the Best," a collection of letters and writings from the president.

Bush was sworn in as the 41st president of the United States on Jan. 20, 1989. Neil, one of the president's sons, reads what Bush dictated to his diary the day after the momentous occasion.

In it, he describes what outgoing President Ronald Reagan shared with him as they rode up Capitol Hill together. "'When I became the governor of California, just as I placed my hand on the Bible, the sun came through and warmed it,'" Bush says Reagan told him.

It appears Bush had similar luck. "And sure enough while we were on the platform, the sun started through. The speech went about 20 minutes and it was well received," he recalled.


Bush described the day he was sworn in on the steps of the Capitol as "a beautiful winter day... clear, sunny, cold." A photo taken Jan. 21 captures the president walking by the White House, which he called "the people's house."

Since the president's death on Friday, a series of diaries have been shared, allowing the public more access to a man who was known for dedicating his life to service.

Bush served as president until 1993.

Watch the full diary entry above as Bush 41 reflects on the day and explains trying to get used to being called "Mr. President."