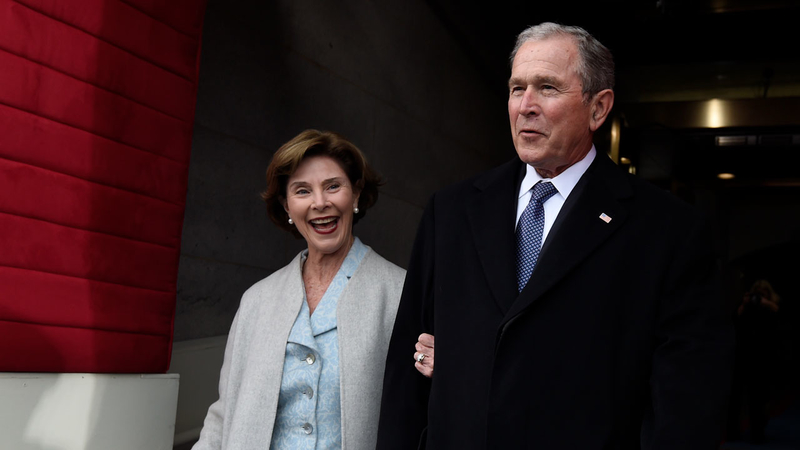 You never know who you'll meet when you're invited to a barbecue.

Former President George W. Bush and former First Lady Laura Bush are celebrating their 40th wedding anniversary, and it all began when they were guests at Joe and Jan O'Neill's house in July 1977 in Midland, Texas.

He was the son of the former director of the CIA and grandson of a former U.S. Senator, on the verge of starting his own oil business.

She was a school librarian and teacher, born and raised in Midland as the only child of a home builder and a bookkeeper.

Together, they had a whirlwind summer romance that resulted in a marriage on November 5, 1977.

Laura's tan, two-toned dress was purchased right from the rack.

PHOTOS: George W. and Laura Bush over the years

The couple honeymooned in Cozumel, Mexico.

Within a year of marriage, George was on the campaign trail in his first political campaign. He won the primary for his 1978 campaign for Texas' 19th Congressional district, only to lose the general election.

A decade later, the Bushes found themselves thrust into politics again when George went to work on his father's 1988 presidential campaign.

In 1989, George also arranged a group of investors to purchase a controlling interest in the Texas Rangers. He would rake in $15 million when he sold the shares nearly 10 years later in 1998.

George declared candidacy for governor of Texas in 1994, focusing his campaign on welfare and tort reform, crime reduction and education.

He was sworn in as governor in 1995 and served until his campaign for the presidency of the United States in 2000.

George W. Bush was sworn in as president in 2001, after a dramatic campaign against Democratic Vice President Al Gore.

He served as president for two terms, ending with the election of President Barack Obama in 2008.