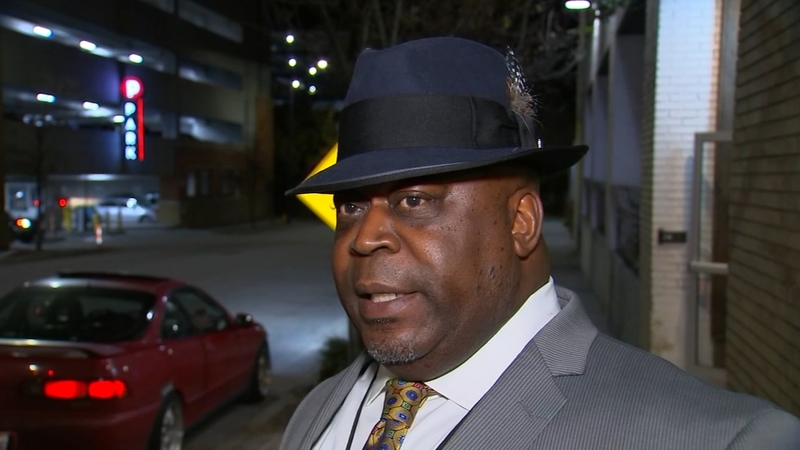 RALEIGH, N.C. (WTVD) -- Wake County Sheriff Gerald M. Baker is speaking on camera for the very first time about allegations that emerged in October accusing him of mismanaging his $108 million budget.

"Nobody is more concerned about saving this county money than I am," Sheriff Baker said in an exclusive interview with ABC 11.

Sheriff Baker submitted this 173-page response to concerns raised by the Wake County Manager’s office. In it, Baker’s office defends personnel and procurement decisions, line by line, and denies any wrongdoing. #abc11 pic.twitter.com/DcjSJuzhnQ

Wake County's top lawman pushed back hard against the leaked county memos which include multiple accusations that he violated county policies and procedure, and mismanaged taxpayer money and personnel.

When ABC11 asked about the allegations against Baker violating policy against no-bid contracts when he fired the food service vendor at the Wake Detention Center, Baker said, "Yes sir, I did (change the contract). I looked at it and I was looking at prior to coming into office. It was a bad situation."

Baker says he immediately fired the previous vendor because of multiple reports of violations: sanitary concerns and roaches in food prep areas.

In the county memos, officials expressed concerns Baker never allowed other food vendors to bid on the job.

"The contract that was in place when I came in was with a vendor who was serving those human beings food that you wouldn't throw out the back door to a dog! (The rules) say you should bid those contracts out and try to get the best contract that you can get. But that was a bad situation where we needed to make an immediate change."

Sheriff Baker submitted this 173-page response to concerns raised by the Wake County Manager’s office. In it, Baker’s office defends personnel and procurement decisions, line by line, and denies any wrongdoing. #abc11 pic.twitter.com/DcjSJuzhnQ

Baker told us he was elected on a promise to overhaul the structure and leadership of the sheriff's office. ABC11 asked him about the county concerns he was hiring new workers without notifying Wake Human Resources; sometimes for jobs that weren't vacant - including an allegation, he promoted a person with more than a 20-percent pay raise and who even requested retroactive pay.

Baker says he denied the retroactive pay request. But, he defends the promotion.

"Again, the county looked it and you'll find it here, that some of it was in line. It just sounds like a lot (of money)."

The leaked October memo also includes county frustrations over mismanaged travel expenses within WCSO. County officials alleged that WCSO staffers were being approved for travel that was already complete or without any signatures for approval.

"It's not as if we're just sending people places without authorization," Baker said. "These emails (in my report) will show you that we were going back and forth with them trying to get things cleared and approved with the county."

Baker also told us tonight, he believes politics played a role in how those county memos were leaked earlier this fall -- suggesting there are many Wake County staffers who remain loyal or supportive of former Wake County Sheriff Donnie Harrison.

Baker was not more specific than that -- but said it's something he's fighting against.