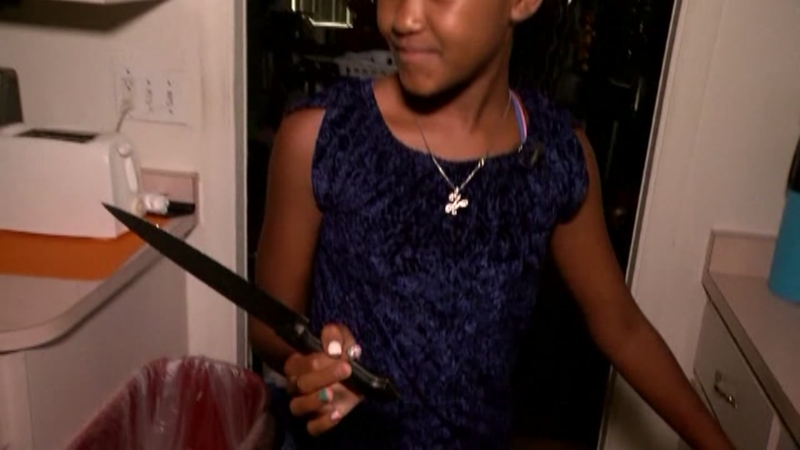 TAMPA, Fla. -- Paris Hall, 12, said she was terrified to wake up to find a burglar in her room.

Paris was home alone and said she heard her light switch on around 9 a.m. Monday.

At first, she thought a family member was in her room. Then she saw a man she didn't recognize.

Paris recalled, "I had rolled over and I seen some stranger looking behind my TV. So I was kind of confused and said, 'Excuse me, what are you doing?'"

The man tried to claim he was sent by a family member on an errand.

Paris told the man to leave. When he went out the back door, she was even more confused. Then she saw that the kitchen window was shattered.

"I put two and two together and figured my granddad wasn't his uncle," Paris said. "I was very scared at that point. I didn't know what to do."

She called for help. Her granddad told her to run to a neighbor's house and call 911. When Paris ran out the front door, the man was waiting for her.

"He was standing in the front yard and he asked me, 'What time do your parents get back home?' I was really calm about it because I didn't want to trigger him or alarm him," she said. "He said, 'Do you want to come outside and chill with me for a little while?' Then I went in the house and got a knife and then I told him to leave. I went over to the neighbor's house. I was scared, I was crying. My heart was beating."

Paris is scared to be in the house alone or sleep by herself. She hopes someone will recognize the man and call police.