Search warrants obtained by ABC11 show that detectives suspected an inside job in the robbery of $4.8 million worth of gold from a truck along I-95 Sunday.

WILSON, N.C. (WTVD) -- Search warrants obtained by ABC11 show that detectives suspected an inside job in the robbery of $4.8 million worth of gold from a truck along I-95 Sunday.

It was originally reported that guards working for Transvalue Inc. of Miami said they pulled off to the side of the interstate about 6:30 p.m. after their vehicle began having mechanical problems.

However, the warrants made public Wednesday show a passenger in the truck said he was feeling sick and requested the truck pull over so he could vomit.

At a news conference Wednesday, Sheriff Calvin Woodard Jr. said the guards had just filled up the truck with fuel, and reported a strong gasoline smell that made them feel ill.

When the truck stopped, three men pulled up in a white van and robbed the guards of five 5-gallon buckets filled with 275 pounds of gold bars.

The warrants show detectives were suspicious because of the robbery immediately at the time of the unannounced stop, the fact that the truck was unmarked, and the suspects knew to go immediately to the trailer to get the unmarked buckets.

At his news conference however, Woodard said detectives are looking at all possibilities and refused to call it an inside job as the investigation continues.

"We're unable to say if it's suspicious or not suspicious at this time," he offered.

Woodard gave reporters two composite sketches of the robbers created with the help of the guards.

Woodard said the two guards are Hispanic, and the early investigation was slowed because of a language barrier. He said the guards have been questioned by his officers and their employer, but neither currently faces any charges.

Woodard says the truck was checked out by a mechanic who did not find anything wrong.

The search warrants also say the robbers attempted to steal the entire tractor trailer, but could not get it started, which means they probably didn't know how to operate a commercial vehicle.

The robbers left behind an additional $5 million worth of silver on the truck.

The guards told investigators the robbers ordered them to lie on the ground, tied their hands behind their backs, and then marched them into nearby woods.

Drivers passing by reported seeing the guards on the side of the highway with their hands tied behind their backs jumping up and down trying to attract attention.

TransValue Inc. has issued a $50,000 reward for information that leads to an arrest or recovery of the stolen property. The company's website says it specializes in transporting cash, precious metals, gems and jewelry in armored trucks.

Anyone with information should contact the Wilson County Sheriff's Office at (252) 237-2118. 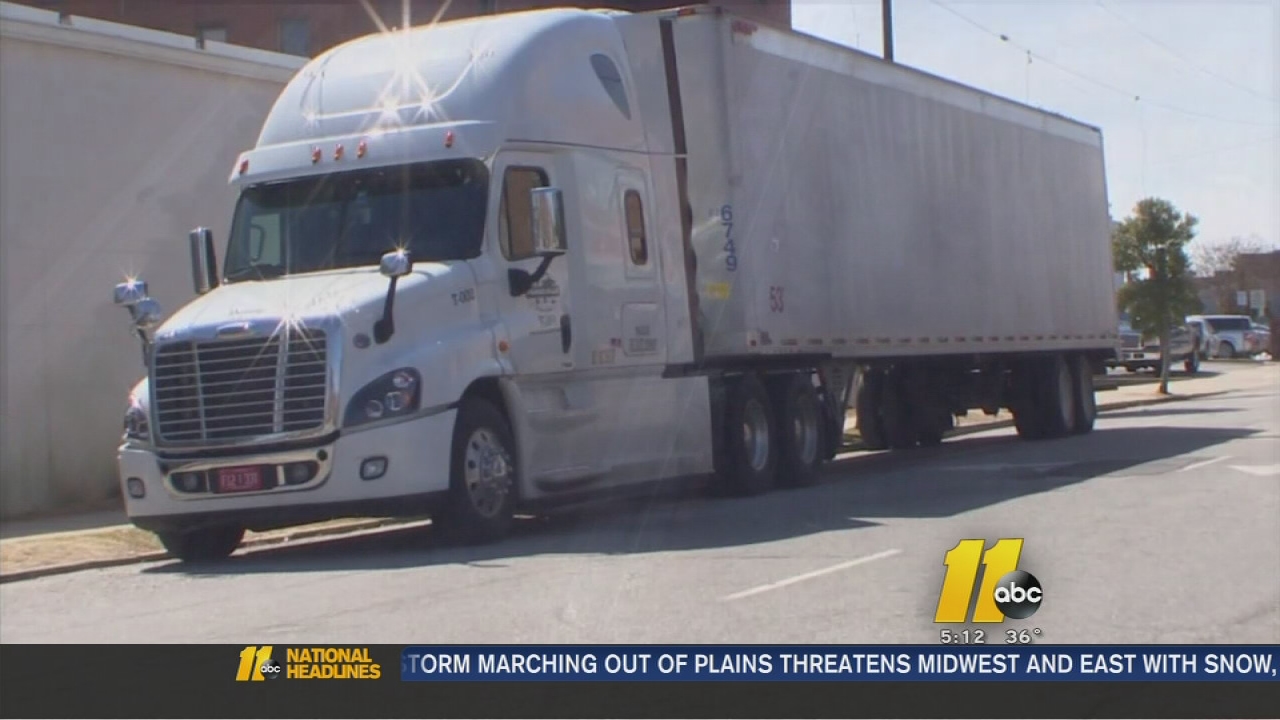 Truck carrying $4.8M in gold robbed along I-95 in Wilson County