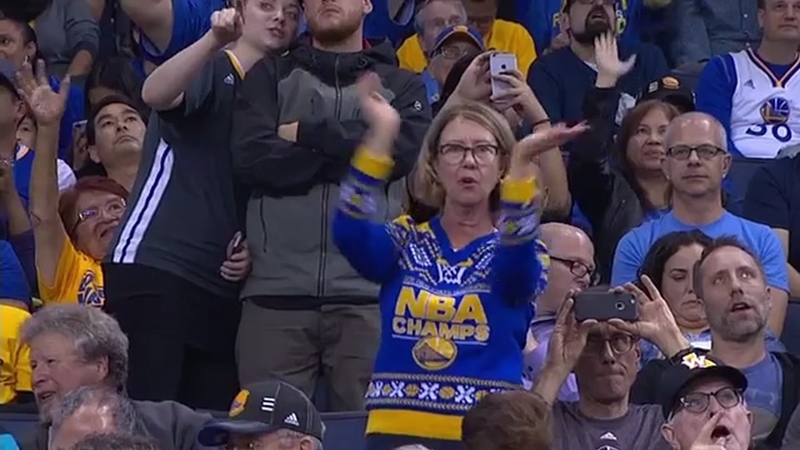 OAKLAND, California -- A woman is getting a lot of attention on social media for her enthusiastic dancing at Golden State Warriors games.

Meet Robin Schreiber. She's a retired school teacher who is now a freelance artist. She lives in Redwood City and has been a Warriors season ticket holder for 28 years. Her trademark sweater and dance moves have been on the Jumbotron 22 times. Robin says last night, she had "extra reason" to go all out.

Whose moms is this??? pic.twitter.com/DsWkzYhokO

"It was a tough election and people were feeling like they needed to somebody to make them cheer up a little bit. That's why I did it. I'm a native of Oakland and I just want them to be happy," said Schreiber.