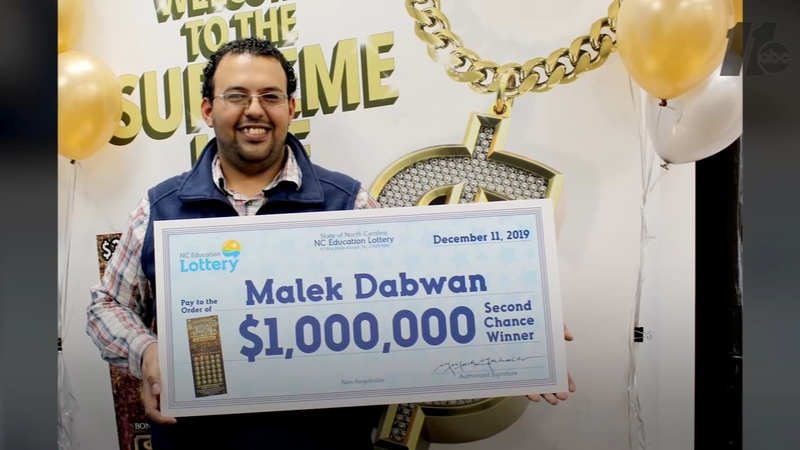 That's what a Goldsboro man did when he entered a North Carolina Education Lottery second-chance drawing, and it paid off.

Malek Dabwan, a convenience store manager, was skeptical when his phone rang.

"I thought it was a robocall for a minute," Dabwan said. "But then you said my name and I got excited. I thought it might be a small amount, but I never expected this."

He went to the Greenville lottery claim center on Wednesday and learned just how much he won in the Dec. 4 $300,000,000 Supreme Riches Second-Chance drawing.

"We have a surprise for you," a lottery representative said when he walked through the door. "You just won $1 million!"

Lottery staffers burst into cheers and applause while Dabwan gave his mom a hug.

"I'm shaking right now," Dabwan said coming up to the front of the room.

"Nothing like this has ever happened to me," Dabwan said. "You put your entries in and then forget it for two or three months. I never thought anything would come out of it, but it did. I'm a second-chance believer now."