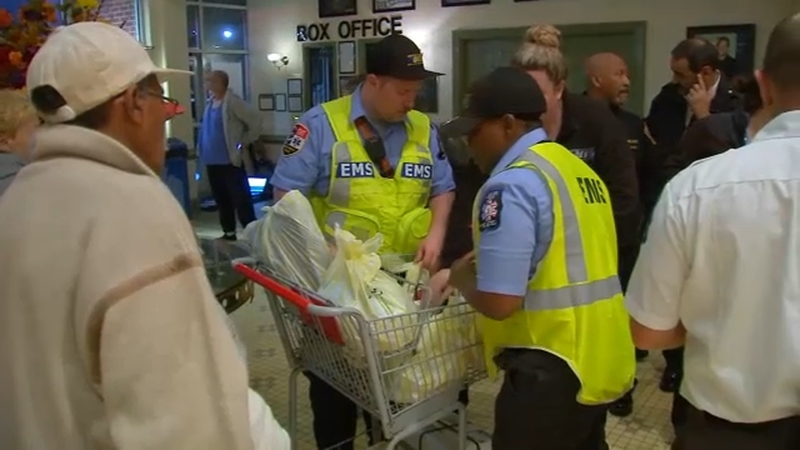 GOLDSBORO, N.C. (WTVD) -- A water main break at a longstanding Goldsboro building has forced more than 80 people inside to evacuate.

There were numerous emergency vehicles seen at Waynesborough House in the heart of Goldsboro's downtown Wednesday morning around 4:30. The building has dozens of housing units.

About 85 people have been evacuated from the Waynesborough House in downtown Goldsboro. There are reports of water leak. Still waiting for official info. #ABC11 pic.twitter.com/16KD7c30Cr

EMS said there were around 85 people displaced from the multiple-story structure at 104 South Center Street. Some of the people who live in the building tried to keep warm at the Paramount Theater. EMS gave out blankets.