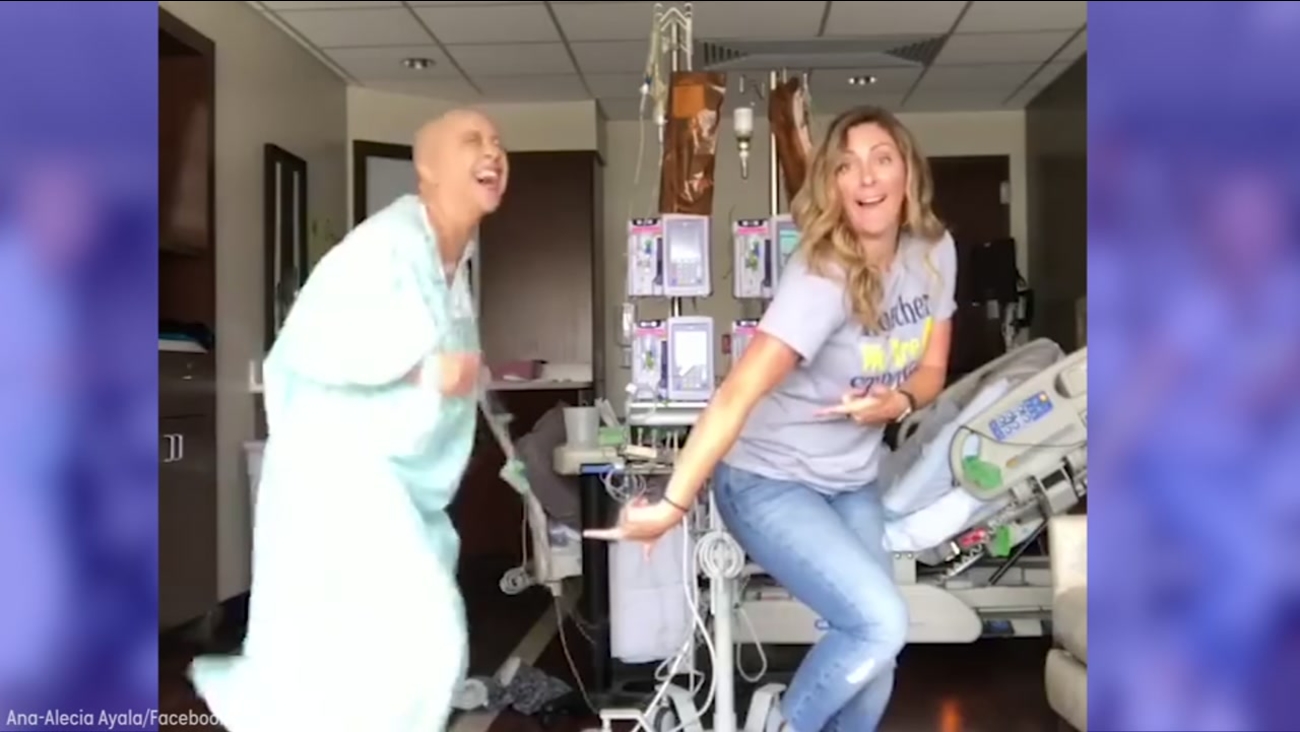 This year had its share of heartwarming, fun and sweet stories that stand out as shining examples of good news.

From strangers' acts of kindness to inspiring tales of triumph, here's a look back at just a few of the stories from 2016 that will make you feel warm and fuzzy all over again.


After Heather Clark's infant son Lukas passed away, the family decided to donate his organs. Early this year Heather got to meet little Jordan Drake, who received his heart. During the emotional meeting she got to hear her son's heartbeat for the first time in three years, and Jordan's family gave her a teddy bear with a recording of Lukas' heartbeat.

A dog named Buddy was battling terminal cancer, so his owner created a bucket list to make the most of his final days. Buddy was able to do all the fun activities except for one. After Buddy passed away, his owner donated his toys, completing the list for him with the last item: help other pets in need.

When it came time for one student to pick a prom date, she knew exactly who she wanted to ask and where she wanted to do it. Lillie's mom owns a coffee shop that employs people with intellectual and developmental disabilities, where her longtime friend Trevor worked. Lillie surprised Trevor with the prom-posal at the shop, and he enthusiastically accepted.

Young man with Down syndrome becomes youngest business owner in his town
May 2, 2016

With a love of snow cones and a strong work ethic, 20-year-old Blake Pyron had a dream of opening his own snow cone shack. When he accomplished that dream, he not only became the youngest business owner in his Texas town, he also became the only one with Down syndrome. His mom, Mary Ann Pyron, said she hopes his story inspires others with special needs.

"We were told Blake wouldn't be able to do things, and we looked past that," she said. "You don't know us. You don't know our child, so don't label him. We haven't, and he turned out great."

Chick-Fil-A employees go to work on a Sunday after Orlando shooting
June 14, 2016

When tragedy struck Orlando in June, many stepped up to help by donating blood. Those donors were themselves the recipients of an act of kindness. Employees of Chick-Fil-A, which is usually closed on Sundays, showed up with sandwiches as a thank you.


These boys saw an elderly man struggling with yard work and immediately saved the day
June 22, 2016


A rugby team in Australia was fresh off a victory when they stopped to help an elderly man they saw struggling with his yard work. The young players and their fathers all pitched in to move a large pile of wood. The team's act of kindness garnered sweet comments from friends and strangers alike.

Jonathan Lopez wasn't going to let his disability get in the way of conquering this physical challenge.

Spartan races are incredible physical feats, but this veteran with one arm makes it look like a piece of cake. Jonathan Lopez, who was honorably discharged from the U.S. Army in 2001 following the amputation of his left arm, showed off his impressive rope-climbing skills at a Spartan event this year.

In an adorable moment between siblings captured on video, the one thing that calmed this grumpy toddler is her love for her baby sister.

Everyone has that one thing guaranteed to cheer them up no matter how bad the day's going. For 3-year-old Ellia, that thing is her baby sister. Their mom captured the sweet moment when the infant's presence turned Ellia's mood around.

Ana-Alecia Ayala won't let cancer and chemotherapy keep her from having fun.

This cancer patient is determined not to let anything get her down. While undergoing chemotherapy in October, Ana-Alecia Ayala joined in the viral dance craze, "Juju On That Beat," with a friend. Their infectiously good-natured video went viral.

"We want to show the world that dancing and laughter is the BEST medicine," Ayala wrote.

Melody, a girl who suffers from Rett syndrome, is finding hope through Ed Sheeran and his music.

Nine-year-old Melody has spent 80 percent of her life in the hospital while battling Rett syndrome, a condition that "causes problems in brain function that are responsible for cognitive, sensory, emotional, motor, and autonomic function."

But one thing never failed to make Melody smile: Ed Sheeran's music. The family created a video showing how much joy Sheeran brought her, and the video went viral. Sheeran saw the video and paid a visit to Melody in the hospital, where he played his songs on her little pink guitar. The pop star was so touched by the little girl that he said he wanted to keep in touch, according to Babble.

Declan, a boy battling leukemia, was able to test out explosives with police officers.

One Australian pre-teen battling leukemia got to live out an unusual but exciting wish through the Make-A-Wish foundation: blow stuff up. Declan, 12, lived out his wish in a big way with the help of police, and he also got to meet US Marine Corps and even ride on a boat with the water police.

For Clint Buffington, who runs the ''Message in a Bottle Hunter'' blog, looking for these beach treasures is more than a fun hobby.

Clint Buffington found an unusual way to make friends: collecting messages in bottles. He deciphers the messages in an attempt to find the sender. In one case he was able to reunite the sender's daughter with her father's half-century-old message. He blogs about those experiences and about the plastic pollution he's encountered in an effort to raise awareness.
Related topics:
societydistractionholidaybuzzworthywatercoolerfeel good
Copyright © 2022 WTVD-TV. All Rights Reserved.
RELATED
The most touching surprise soldier homecomings of 2016
Most funny and heartwarming animal stories of 2016
HOLIDAY
Ja Rule, Ashanti among performers for 'New Year's Rockin' Eve'
'Expect delays' Post-Christmas lines at Wake testing sites
What to do if you were exposed to COVID at holiday gathering
Here's how to celebrate Kwanzaa across the Triangle
TOP STORIES
Snow possible this weekend but major impacts not expected
2 children hospitalized after car crashes into Chapel Hill playground
Fayetteville mother, daughter missing since 2016 found safe
LATEST: Wake County reduces COVID-19 testing hours
It's official: Supersonic jet startup Boom to land in North Carolina
1 dead, 38 missing after boat capsizes near Florida; 1 survivor found
Fed expected to hike interest rates in effort to tame inflation
Show More
North Carolina Zoo closes aviary after report of bird flu
RDU scrambles to resupply deicer after runway mishap during snow storm
Man denied heart transplant because he has not received COVID vaccine
San Jose becomes 1st in US to require gun liability insurance
House Speaker Pelosi to run for reelection to Congress
More TOP STORIES News